Will.i.am is well known for going beyond music with its company i.am+ creating consumer electronics and apps. His latest gig is a series of iPhone accessories that not only look fancy (or at least different) but also beef-up the device’s functionality.

The first product coming from the singer’s company is called foto.sosho, and it’s a neat case that turns the iPhone into a much fancier camera. Not only does the back of this thing make Apple’s smartphone look like a real camera, but it also packs some enhanced optics, promising to allow users to take 14-megapixel images. In other words, the accessory must be working in conjunction with a dedicated app to make this happen. In addition, this thing will also support interchangeable lenses bringing iPhotography to a whole new level.

And that’s just a start with the singer preparing additional accessories like a QWERTY keyboard-equipped case, which will most likely be fancier than Chinese models we’ve seen in the past.

On the downside though, these accessories will cost a small fortune. Moreover, rather than shooting for iPhone 5 users, Will.i.am will initially launch a version of its case for the iPhone 4 with an iPhone 5 model coming at a later date.

Starting on December 6, you will be able to buy foto.sosho V.4 at London’s Selfridges department store. Other countries will most likely follow soon… 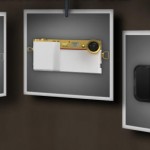 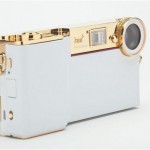 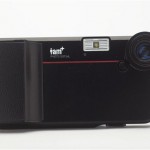 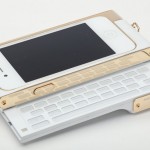 Analyst claims T-Mobile will announce the iPhone next week