Though its success is far from reaching the level of the likes of Samsung, ZTE is beginning to prove itself a worthy smartphone competitor. Up until recently, people didn’t really pay much attention to the company, but 2012 was a good year for ZTE. Judging by CES 2013 so far, it looks like the manufacturer is ready to push forward. It took the wraps off the leaked Grand S.

We can confirm now that the specs match what were leaked in December. It features a spacious 5-inch HD 1920×1080 display with a 1.5GHz quad-core Snapdragon S4 Pro processor and 13MP camera on the back, capable of taking photos large enough to compare to many standard compact cameras on the market. It comes with 16GB of internal storage and 2GB of RAM, plus runs Android 4.1 Jelly Bean.

The design is quite nice — simple and elegant — and it’s incredibly thin at 6.9 mm. Though made of plastic, the build quality feels better than one might expect and it feels pretty good in the hand. The standard 3.5 mm headphone jack is located on the top to the left of the sleep/wake button. The volume rocker is found on the right.

Judging by the time we were able to spend with the Grand S, we’re pleased overall with the device. It may not be totally unique, but it looks like a promising entry into the smartphone market thanks to ZTE.

Check out our full gallery of photos below! 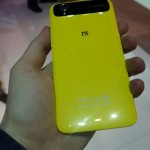 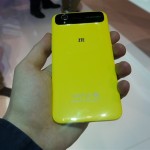 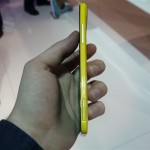 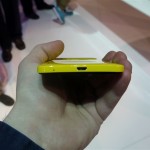 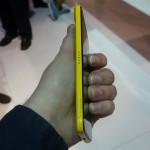 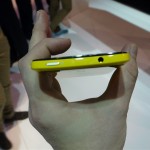 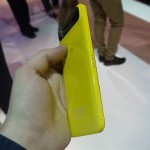 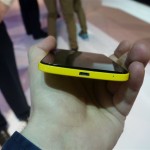 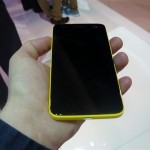 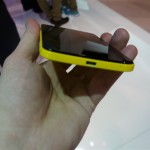 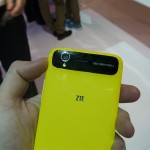 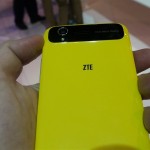 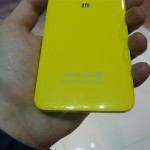 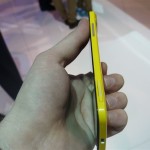 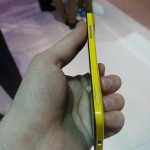 Samsung made quite a stunning appearance at its CES  presentation this year and its booth on the conference floor was...