In mid-November of last year, Ingress from Niantic Labs@Google was introduced, a division that’s only produced one previous application before. When announced, the limitation of being Android-only and invite-only certainly might have been a turn off to some people, but if you received the invite, you were introduced to world that just hasn’t existed on a mobile device before. Not to this extent, at least.

Since it’s debut, the Ingress world through NianticProject.com has become more mysterious and intriguing, and if you have the time to sift through the (intentional) mess on the site, you just might get sucked into the story. There’s a lot to look through and it takes a lot of time before you really get a gist of what’s going on, but the project itself has been executed nicely to get your attention. Throw in the Ingress app and the Intel Map, and you’ve got a lot of work ahead of you to stay up to date.

To deep dive into Ingress even further, Decode Ingress is one of the best sites you can find. 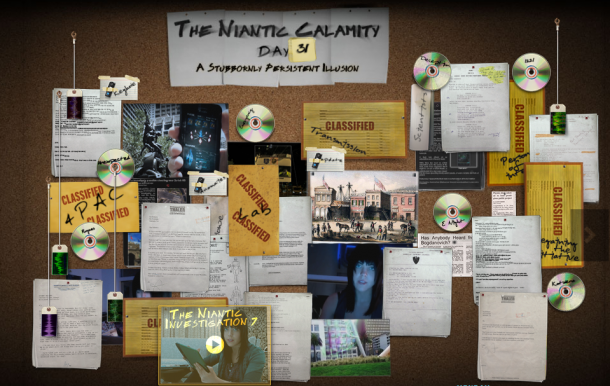 The heavy use of sci-fi esque language will likely garner some awkward looks and laughs to those who don’t know about the game, and rightfully so. This is definitely a geeks game. Talk of portals, resonators, and exotic matter is hardly a conversation anyone can jump into. All of my attempts to explain the game to housemates have proven to be laughingly unfruitful. Luckily, it’s not hard to find someone playing on the street (here in San Francisco, at least), and most of the time, they’re more than happy to chat. From my experience, I’ve met a handful of players and it’s always been fun to geek out about the even geekier game. AndroidHeadlines has a nice write-up on Ingress terminology here.

My biggest question about Ingress is how it will progress going forward. Sure, the game itself is fun, and there’s always something to be done, but I’d like to see where Google is going to take us with the Niantic Project and Ingress. We’re sure there’s plenty more up Google’s sleeve once the game gets out of beta, and it will be interesting to see what is done to effect strategy techniques and more. Given that there’s a beginning, middle, and end to the game, and it will take over a year to complete, there are surely some nice surprises headed our way. If the phases are divided evenly, we still have a few more months before the game advances further.

With multi-hack officially gone, It’s becoming harder to level up as fast as the lucky first players, and the application was updated today to shorten XMP range (essentially the ‘bombs’ that destroy resonators). This makes collaboration more important. Not only is it easier to play and get more points with someone else, it beats walking around for miles alone.

At the moment, Invites are still hard to come by, but it’s not impossible to get them outside of the official invite email from Google. HackIngress.com is a way to get an Ingress invite through a series of puzzles via a command line interface. Here’s a sample walkthrough of a previous puzzle.

Even if Ingress is just a big data mine for Google, it’s been implemented in a way that you simply don’t care. The game has been wonderfully executed so far and we’re pumped to see where Google brings it next.

If this is your first time hearing about Ingress, sign up for an invite here!

While we've already begun to see rumors of its successor, the LG Optimus G is still one of our favorite...