A new Apple patent has been published today, revealing a new technology that allows users to access apps from the iPhone’s lock screen. We have seen a similar feature in Android handsets for some time now, but this is the first we’ve heard of Apple potentially using this type of  feature.

The patent, which was originally filed in Q3 of 2011, outlines technology that will allow users to access certain apps from the lockscreen without having to enter a security code. The technology utilizes animations that roll the slider to the side to reveal a row of apps. The filing also points to the use of a virtual home button as well, as well as a pseudo-3D lockscreen view.

Since Apple files for a multitude of patents each year, we can never really be sure if and when they will be implemented in new iterations of iDevices. The technology is certainly interesting and useful, and will hopefully be employed by Apple in their upcoming devices. 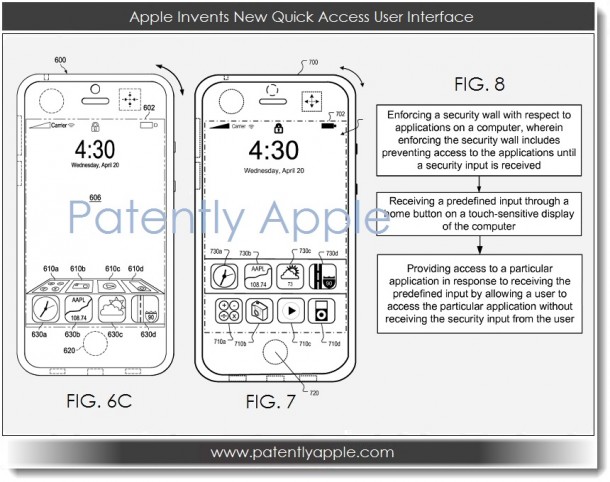