Samsung is set to unleash its Galaxy Note III in early September (or so we hear), and we’ve been hearing rumors about the device since the release of the Galaxy Note II. Still, one such rumor that we don’t recall hearing is that the Galaxy Note III’s camera will be accompanied by a Xenon flash, which may indeed be the case.

According to some new design renders of the device, you can see that the Galaxy Note III pretty much looks exactly as we would expect it to, and shares the same design aesthetic as the Galaxy S 4. Like the GS4, the Note III will also rock a 13 megapixel camera, along with a dedicated camera button on the side. This is a welcomed option to have if you like to take a lot of photos, and with camera quality on smartphones increasing at a rapid pace, we’re wondering if they’ll make a comeback.

Other specifications from the leak includes a 5.7 inch Super AMOLED HD Display, which is smaller than previous rumors, but still makes it a mammoth device. Like many of Samsung’s handsets, the Note III may ship with varying CPUs, and one of the latest reports calls out the Snapdragon 800, which is also noted in the photo above. Some rumors are also claiming the Galaxy Note III will ship with 3GB of RAM as well. 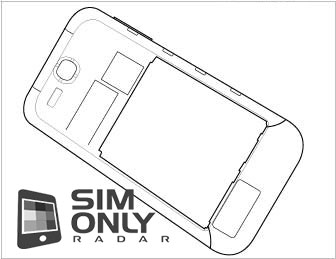 While everything speculation until it’s announced, given the many rumors we’ve seen about the Galaxy Note III, we’re sure the right combination of specs have been leaked. That said, we’re going to have to wait until Samsung officially unveils the Note III before we can see which rumors turned out to be true.

With Xenon flashes still a rarity in the smartphone market, we’re hoping to see it in the upcoming Note.

A new report from analytics company, Flurry suggests that consumers' unwillingness to pay for mobile apps has forced developers to...