While we haven’t heard much about the Oppo N-Lens N1 cameraphone, some new pictures have surfaced today revealing Oppo’s new offering that looks slated to take on the Samsung Galaxy S4 Zoom and the Nokia Lumia 1020. The leaked photos of the Oppo N-Lens N1 confirm that the Android powered device will be coming with a Xenon flash and a 12-megapixel rear-facing camera.

Compete specs are still unknown, but the device has been pinned as touting an ‘Owl’ imaging chip, which supposedly helps when snapping low-light shots. The device is rumored to be priced at $480 off-contract in China.

Still no word on release dates in China or any other part of the world. We’ll keep you updated as details emerge. 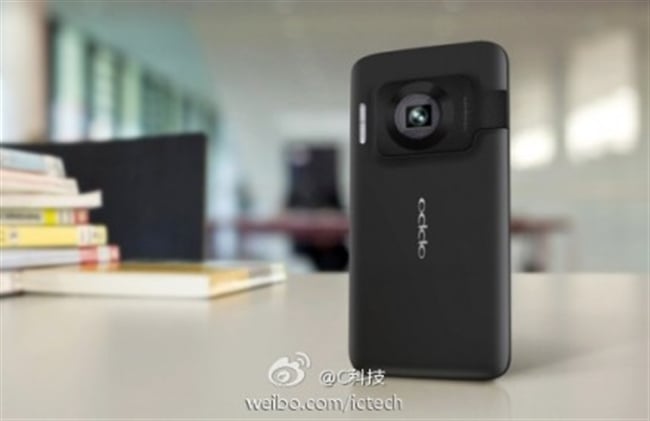 SMS Audio has released a new portable wireless speaker, with backing by none other than rap superstar 50 Cent. The...