Philips has taken it sweet time to update the Android application for its Hue bulbs, but yesterday a new update finally rolled through that brings bug fixes, improved stability, and a few new tweaks that users have been waiting on for a long time now.

Take a look at the “What’s New” section of the Google Play Store:

Philips Hue owners with Android devices have been waiting a long time for the timer feature, which has been available for iOS for quite a while. The timer function allows you to change the lighting “scene” after a certain period of time, which is fine and dandy, but the most welcomed feature in this update is the ability to set alarms. The alarm feature for Philips Hue is pretty self-explanatory, allowing users to set a lighting scene to turn on or off at a specific time. 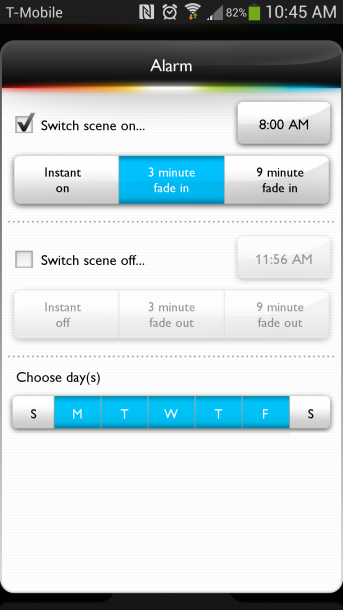 The Philips Hue application for Android seems to have finally caught up to the iOS version. Of course, we can’t really complain about the timing, given that one of the few places you can purchase the Philips Hue bulbs are from Apple directly. Either way, Android users can now take advantage of their Hue bulbs with the official application in ways that were previously only available with third-party solutions.

Android users with the Philips Hue bulbs can download the update right here!

Can't wait to get your hands on the HTC One Mini? Well you may be waiting a while. HTC's little...