With the Nexus 5 set to be announced any day now, the handset lineup has certainly become more of a household name compared to its humble beginnings. Many people may put this up to the Nexus 7, which was marketed directly at the consumer, where Nexus handsets have had a tendency to take the back burner. That said, with the Nexus brand now known more than ever to the consumer and the incredible anticipation for the latest member of the family, the Nexus 5 is set to be a popular device.

The Nexus line’s beginnings were a bit rocky to say the least. With connectivity issues and virtually no customer service to speak of from the orignal Nexus handset, Google has learned a thing or two about selling hardware directly to consumers. That said, Nexus phones essentially started selling as developer devices that offered up the latest version of the Android operating system and were promised to receive updates in a timely fashion — Something that handset manufacturers still struggle with today.

We’re going to go over the previous Nexus handsets to show off just what made the lineup so popular with geeks and consumers alike. Read on! 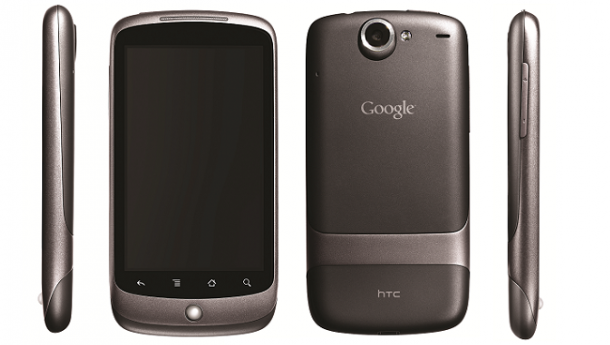 Before the Nexus One was announced, rumors of a “Google Phone” were everywhere. Some believed that Google would never produce its own handset due to the fact that it would be competing with many of its partners that also made Android handsets, and may also be why we see less of a marketing push for the devices even today.

On January 5th, 2010, Google unveiled the Nexus One. Made in partnership with HTC, the handset featured a nice set of specs for the time in a sexy design that was thinner than the iPhone 3GS. The Nexus One featured 3.7 inch WVGA AMOLED display, 1GHz single-core Qualcomm processor, 5 megapixel camera with LED flash, microSD card slot, and more. The handset was sold exclusively through Google and was compatible with T-Mobile out of the gate, with an AT&T-compatible model following shortly afterwards.

Outside of the snappy hardware that lived inside the Nexus One, it also shipped with the latest version of Android. Android 2.1 brought features like Live Wallpapers and the voice to text feature throughout the operating system. But it was in February of 2010 that Google pushed an update to the Nexus that claimed to fix some of the 3G issues that were plaguing the device for some.(Google later gave up trying to fix these issues.) However, this update brought multitouch to the browser, photo gallery, and Maps applications. Needless to say, this ruffled more than a few feathers at Apple, who had long been using multitouch as a defining feature of its iPhone.

The Nexus One saw OS updates to Android 2.3.6 Gingerbread, but custom ROMs have given new life to the handset, bringing it all the way up to Jelly Bean. 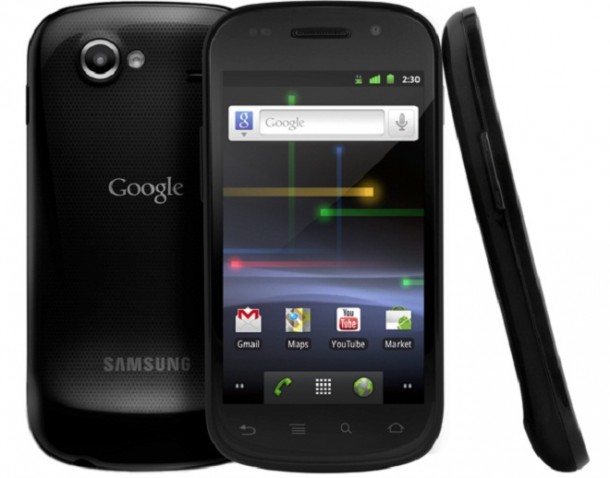 After the less than stellar launch of the Nexus One, some thought that we’d never see another Nexus handset again, even though rumors said otherwise.

On November 15th, then-CEO Eric Schmidt decided to show off the Nexus S at the Web 2.0 summit. The world would have to wait until December 6th before the handset was officially introduced alongside side Android 2.3 Gingerbread.

The Nexus S was made in partnership with Samsung, and featured many enhancements to the Nexus One, including a contoured display. The handset lacked the solid in-hand feel found on its predecessor, but was nonetheless a great device. The Nexus S featured a 4 inch WVGA Super AMOLED display, 1GHz single-core Hummingbird processor, 5 megapixel camera with LED flash, front-facing camera, and more.

The handset shipped with NFC support that allowed a user to read NFC tags. While this was a welcomed feature on its own, NFC for Android never showed its true potential until Ice Cream Sandwich.

The Nexus S debuted for T-Mobile, but was later released on Sprint as the Nexus S 4G and shipped with WiMAX support. Unfortunately, it took a while for the latest and greatest version of the OS to hit the device after it was announced. The made many question whether or not carrier-branded Nexus devices were deserving of their name.

While the Nexus S shipped with some unique features like a contoured display and NFC, it could be considered as the most underwhelming device in the Nexus family. 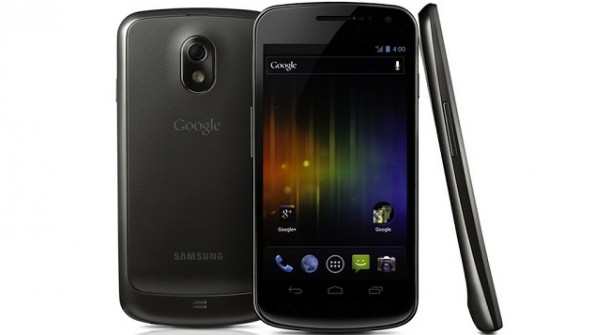 After quite a few teasers, Google unveiled the Galaxy Nexus on October 19th in an event in Hong Kong. The device was initially expected to be announced during CTIA at Samsung’s Unpacked event, but was postponed due to Steve Jobs’ passing.

The Galaxy Nexus featured a 4.65 inch Super AMOLED HD display, 1.2GHz dual-core Texas Instruments OMAP processor, 1GB RAM, 5 megapixel camera, NFC, and a contoured display like its predecessor. Overall, the hardware on the Galaxy Nexus was pretty spot on, but it was Android 4.0 Ice Cream Sandwich that made it shine.

Android 4.0 Ice Cream Sandwich is still the most dramatic update the operating system has ever seen, and it signaled a new design approach from Google (for phones, at least). Tapping Matias Duarte as the design lead turned out to be a great move by Google, as Ice Cream Sandwich offered up an experience that you wanted to use. The new UI for Android, named Holo, has since become the suggested design aesthetic to make great Android applications.

Just about everything in Android had been tweaked with Ice Cream Sandwich, right down to the font the system uses. One of the most notable changes in Android 4.0 was that a handset no longer required the use of physical or capacitive buttons on a phone, and the Galaxy Nexus shipped with on-screen navigation keys. Other features include Android Beam, enhanced notifications, native screenshot support, data usage monitoring, and more.

The Galaxy Nexus was a pentaband HSPA+ handset that worked on both T-Mobile and AT&T. Shortly after the announcement of the Galaxy Nexus, Verizon Wireless announced that it would be carrying the device, which is why the carrier never offered up the Samsung Galaxy S II.

Verizon severely underplayed the Galaxy Nexus to give more spotlight to its Droid lineup, and the handset also saw delays to software updates due to the carrier’s own testing. 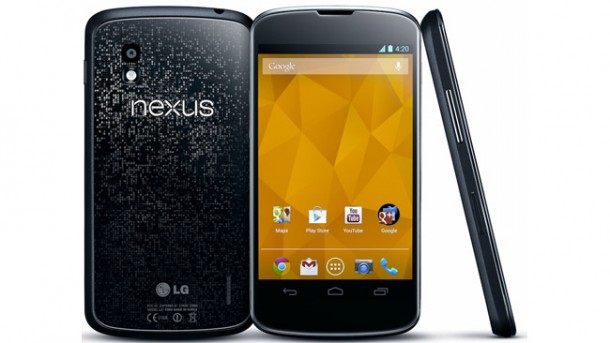 After seeing Samsung partner up with Google for two consecutive Nexus handsets, rumors that LG would be taking the helm for the next device became rampant. In mid-September 2012, LG took the wraps off of the Optimus G – One of the best handsets the company has ever produced. A little over a month later, Google and LG announced the Nexus 4, which shared more than a few similarities to the Optimus G.

The Nexus 4 had a lot going for it. The device shipped with a 4.7 inch IPS+ display with a resolution of 1280 x 768, 1.5GHz Qualcomm Snapdragon S4 Pro, 2GB RAM, 8 megapixel camera, front-facing camera, Qi wireless charging, and more. The biggest complaint about the Nexus 4 was its lack of LTE connectivity and this became a deal breaker for some. Nonetheless, the Nexus 4 turned out to be quite a popular device for the lineup, and this was mainly due to its price point.

What set the Nexus 4 apart from all other handsets in the lineup and the competition was it’s starting price of $299, off-contract. This price point gave the Nexus 4 an edge, given that it cost roughly half the price as a majority of other off-contract smartphones. The handset was also offered at T-Mobile, but came with a $600 off-contract price point.

The Nexus 4 sold out quickly on its launch day and soon ran into supply constraints. It took a while before the handset was more readily available and it took even longer for the limited edition white Nexus 4 to become available. Still, with the combination of the right hardware and insanely low starting price point, the Nexus 4 became the most popular handset in the family. 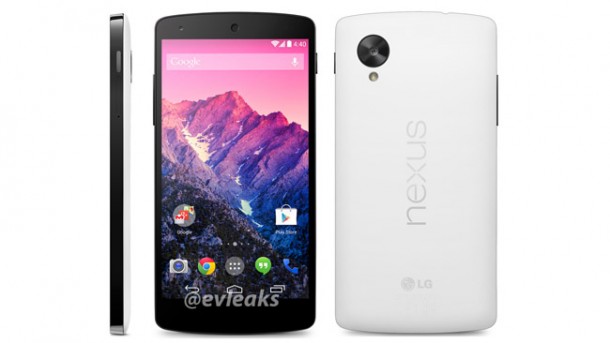 In just a few short weeks, the Nexus 4 will be a year old, and the Nexus 5 is ready and waiting to be announced officially by Google. The handset has been heavily leaked, with virtually no hardware component of the device unknown.

Expected to rock a 5-inch 1080p HD IPS+ display, 2.26GHz Qualcomm Snapdragon 800, 2GB RAM, LTE support and more, the Nexus 5 is going to make a lot of people happy. We’re also expecting the device to ship at the same starting price as it’s predecessor, making it an undeniably good deal. While everything is a rumor until it’s officially announced, we’re also expecting to see the Nexus 5 ship in both black and white at launch. The Nexus 5 looks to share a majority of the internal hardware found on LG’s latest flagship device, the G2.

While little is known about the next version of the OS, Android 4.4 KitKat, you can bet your ass that it will ship on the Nexus 5. The latest rumors peg KitKat to be heavily focused on the TV experience, which would be more than welcomed, but we have no idea what that could mean for the Nexus 5.

The latest rumor gives a release date of November 1st, pushed from the previously rumored Halloween release date. In either case, we hope it comes soon. Come on, Google!

We’re pretty excited for the Nexus 5. How about you?

NVIDIA has made good on its promise to turn the Shield into more than a portable gaming device with a...