If you’re one of the few that have been patiently awaiting Notion Ink’s Adam II tablet, you’re in luck if you live in Europe. The company’s latest tablet device is now available online!

The Adam II ships two different flavors. The WiFi-Only model will run you 219 Euros, and the addition of 3G connectivity will bump the price up to 249 Euros. While the pricing of the Adam II certainly isn’t expensive, the specs deserve a second look if you’re in the market for a new Android tablet. Shipping with a 1.5GHz dual-core CPU, 1GB RAM, and a 10.1 inch (1280 x 800) display, the specs of the Adam II are hardly impressive, even with the secondary display on its spine. Other specs include a 3.15 rear and front-facing cameras, microSD card slot, mini-HDMI, 6000 mAh battery and Android 4.2.2. 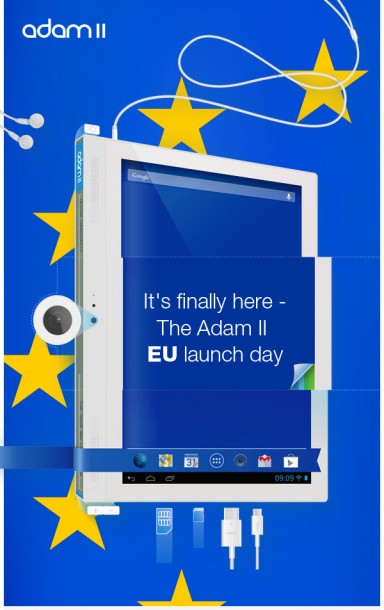 We’re pretty surprised that Notion Ink pushed forward with a successor of its original tablet, which wasn’t even a blip on the radar when released. That said, Notion Ink has certainly implemented some interesting features within its tablets, like the original Adam’s Pixel Qi display, and the latest products secondary spine display.

If you’re looking to nab one of these bad boys now, hit up the link below!

Verizon Wireless has just announced the availability of its services in 35 New York City subway stations, making that commute...