After months and months of waiting, Windows Phone users can now get their hands on Facebook’s standalone Messenger app. It’s a lot like the Android and iOS versions, but with a Windows Phone look to it. Icons and text are displayed cleanly and prominently, allowing you to see and access recent chats, friends who are active on Facebook Messenger as well as a full contact list. Unfortunately, Chat Heads didn’t make it to the Windows Phone version of Messenger. Chat Heads was originally part of Facebook’s Home software which debuted last year. Facebook then added Chat Heads to its standalone Android and iOS apps. Chat Heads displays a floating icon when receiving a message, allowing you easy access to current chat sessions. 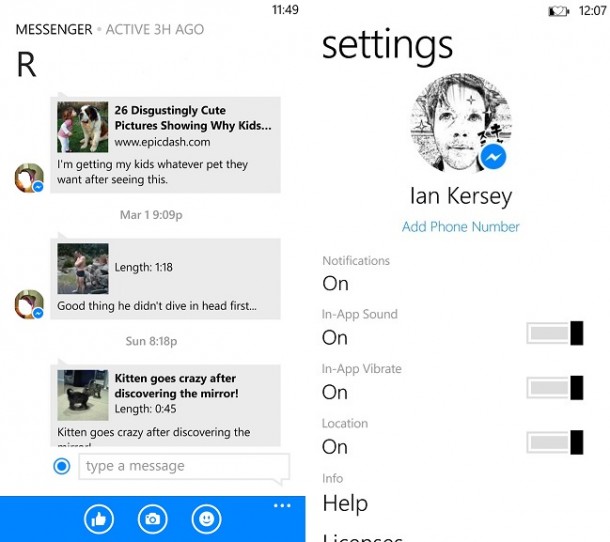 As its Android and iOS counterparts, Facebook Messenger allows for photo sharing in chats, as well as location sharing when a message is sent. This feature can be turned off however, in case you want your location to remain secret.