Android users that own the Philips Hue lighting system have long felt as second citizens to iOS users due to its superior functionality and app design, but not anymore. While Philips has taken its sweet time to update its Android application, it’s improved quite a bit over time, and the new update now offers up a  slick user interface to compliment the expensive system.

In a nutshell, here’s what’s new in Philips Hue for Android: 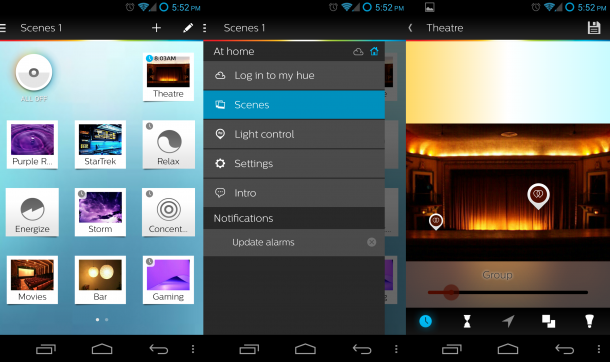 Small details like the new translucent background that changes to the color tone to match the current scene you’re using and the new layout of editing a scene itself really makes this a great update and the new slide out menu makes navigating the app easier than ever.

We’re definitely glad to see the official Philips Hue app step up its game, as there are now a handful of beautiful, easy to use applications out there for Android.

If you own the Philips Hue lights, be sure to get your update on now!

T-Mobile has just announced a few tweaks to its Simple Choice plans. Customers will soon get more data,more tethering, and...