Wearables are this year’s black, and Samsung is bringing the Tizen powered Gear S to the U.S. next week. Eschewing Android Wear altogether, the Gear S runs on Samsung’s Tizen OS and features the ability to act as a standalone device with its own network connectivity. The Gear S will be available in black or white from AT&T, Sprint, T-Mobile and Verizon on November 7th, and will also be available from Samsung Experience Shops located in Best Buy stores. Pricing and availability will vary by carrier.

Android Wear offerings such as the Moto 360 and LG G Watch require the watch to be connected to a device via Bluetooth, which hinders the functionality when it comes to standalone usage. Without a connected smartphone you’ll be able to receive e-mails, send text messages and get up to the minute updates from your favorite social networks. When paired with a compatible smartphone, the Gear S’s capabilities become more abundant, allowing the wearable to utilize and control various apps akin to Google Wear devices.

Check out the Gear S’s spec sheet and gallery below. 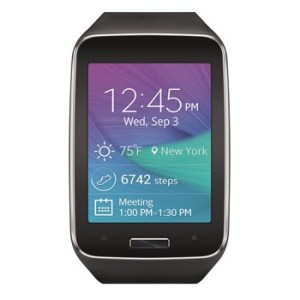 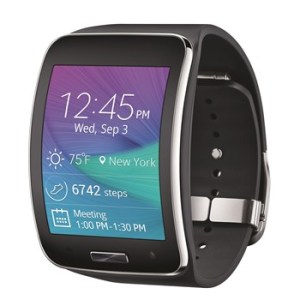 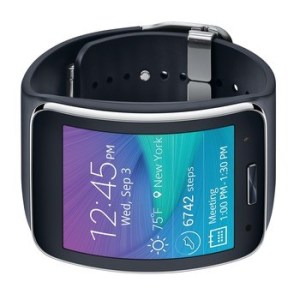 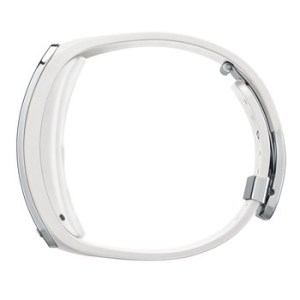 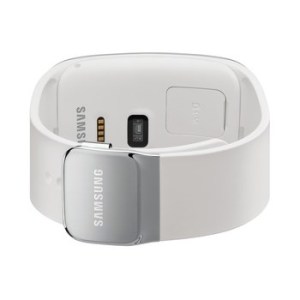 The Gear S features a beautiful 2-inch curved Super AMOLED® display and standalone carrier network connectivity1, giving on-the-go consumers the freedom to stay connected, even when away from their phone. Users can make a quick call, glance at information and notifications, and immediately take action right from their wrist.

With an intuitive user experience, Gear S lets users view, receive, and reply to rich notifications from apps like email, messages, and social networks without pulling out their phone, or even having their phone with them. Speak or type emails, texts or posts from Gear S with both S Voice™ and a full QWERTY keyboard.

The Gear S is equipped with several sensors, including an accelerometer, UV sensor, barometer, heart rate monitor, GPS and an IP67 rating for dust- and water-resistance2. From the paired phone, the Gear S features turn-by-turn navigation provided by HERE. View full text articles with pictures from News Briefings and other news applications. With S Health™3, Nike+ Running and a number of third party applications available through Samsung Gear Apps, it’s easy to find the right program and keep track of your fitness progress. Listen to songs from the MILK Music™ app powered by Slacker, right from your wrist.

The Gear S will be available in both White and Black. AT&T, Sprint, T-Mobile and Verizon Wireless will carry the Gear S. The Gear S will also be available at Samsung Experience Shops in Best Buy. Carriers and retailers will confirm specific pricing and availability.

Full details and product images are available at www.samsungmobileuspress.com.

If you've got a hankering for the Developer Edition of Samsung's Galaxy Note 4 (and an extra $700) than today...