A supposed Samsung employee has leaked a juicy tidbit today which all but confirms the imminent rollout of Android 5.0. Lollipop to Samsung’s Galaxy S5 and Note 4. We’ve seen the build pop up on the S5 in Poland a few weeks back and Spain just the other day, but mention of a stateside release has been absent. While this leak certainly doesn’t officially confirm the release of Lollipop soon, it does sound very plausible considering what Samsung has said in the past as well as the European rollouts of the build.

The leak comes to us via Reddit user SamsungRep2015 who posted a little info as well as an image about the update. The leaker does mention that the update is not 100% confirmed, but he does believe that Samsung is on track to release the update early next year.

Last I heard, S5’s are getting the most attention for the update and will be the first target for launch, followed by the Note 4 and Edge. After that, they are expecting the Note 3 and S4 to be the next wave, and then after that attention will turn to tablets. – SamsungRep2015

When exactly we’ll see Android 5.0 Lollipop on newer Samsung devices is still up in the air, but January sounds like a safe bet. 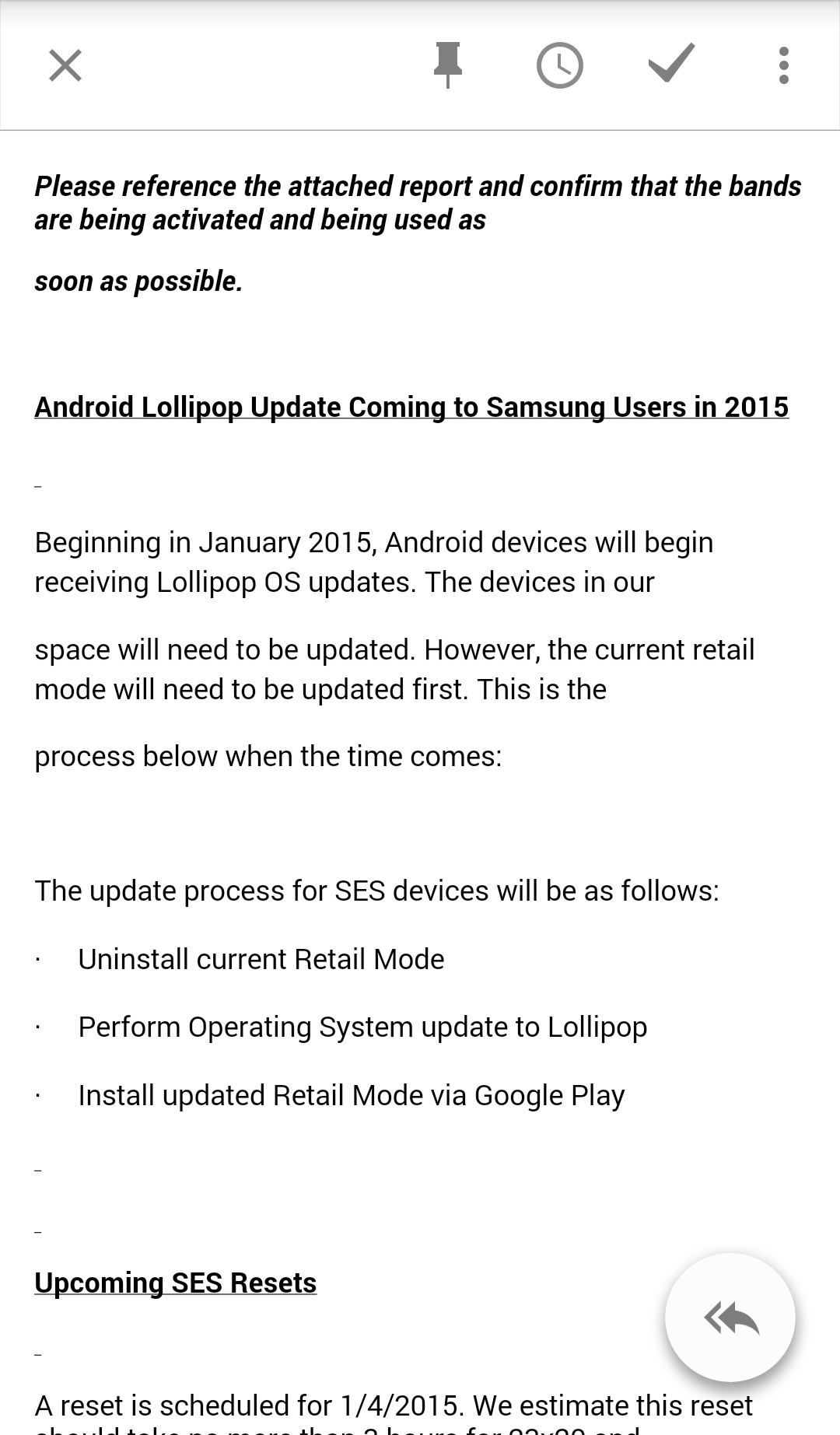 Not only is Uber run by total assholes but the company sure does like to jack up its prices whenever it...