Alcatel has just announced a budget-minded smartphone that can run three different mobile OS’s at any given time and an Android Wear powered smartwatch line The new Alcatel Pixi 3 comes in a few different flavors. First there’s a 3G only Pixi with a 3.5 inch display, and three 4G models with screen sizes of 4, 4.5 and 5 inches. The Pixi 3 is equipped to run Android, Firefox OS and Windows Phone on command. Pricing has yet to be detailed, but will more than likely be announced at CES next week.

Alcatel also jumped into the smartwatch space by announcing the WATCH smartwatch powered by Android Wear. Like the Moto 360, Alcatel’s smartwatch rocks a circular display and will come in a bevy of different styles. 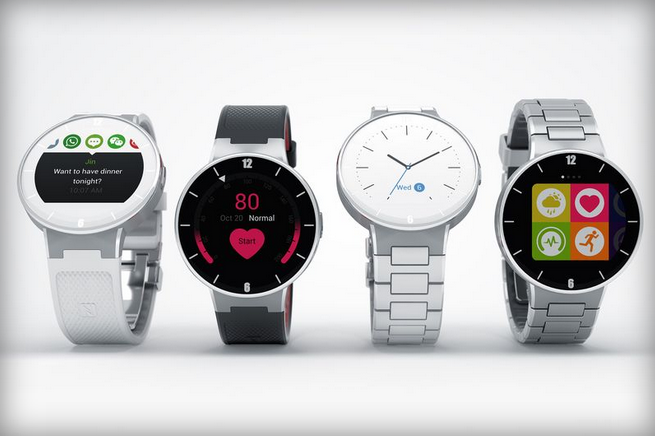 Check out Alcatel’s press release below for more information, and make sure to check back with us next week as CES kicks off in Las Vegas.

CES – Las Vegas, January 2, 2015 – With a series of announcements at the International CES, ALCATEL ONETOUCH, one of the world’s largest smartphone brands, makes good on its commitment to offer the latest technological innovations to all.

The brand’s new PIXI smartphones make mobile Internet available to everyone, while offering another innovative feature of OS-agnostic. It is available with Firefox, Windows or Android, providing the flexibility to all consumers. What’s more? The smartly priced WATCH creates a newly attainable smartwatch category.

4G LTE at an affordable price

Besides being the first among the PIXIs to offer 4G, the PIXI 3 series is also first to be compatible with three major operating systems: Firefox, Windows and Android. “Our users do not want complicated systems — they want something familiar from their work environment in the office, but also on a smartphone,” said ALCATEL ONETOUCH Chief Marketing Officer Dan Dery.

Cross-device integration, from smartphones through to PCs. PIXI 3 series offers consumers simplicity of use and the reassurance of having the same system at home, at the office and on the go. With its OS-agnostic PIXI 3 series, ALCATEL ONETOUCH presents operating-system choices to its customers. This continues the efforts begun last year, when the brand teamed with Mozilla to launch the Firefox OS on its FIRE series of smartphones.

A Smartwatch at a Smart Price

Offering the WATCH at a fraction of the cost of competitors, the smartphone brand has implemented its compact design expertise to offer a series of fine finishing that meet the demands of everyone looking for the same look and feel as a traditional watch.

While offering choices and styles, the WATCH is also packed with sensors and apps that allow users to monitor daily activity, and connects to Android smartphones to control music, take photos, receive notifications and more.

Visitors to ALCATEL ONETOUCH’s CES booth will not only be able to test the brand’s products but also really get in the game with activities such as the Interactive Color Run. Color Run is a five-kilometer race during which runners are doused with color at every kilometer. In this virtual version, a video wall will display landscape at a scrolling speed that matches the runner’s speed. To win points, players will be able to throw colored sand at the images of other people as they run. Four different smartwatch functions will also display onscreen.