With Apple’s cash pile growing with the day, we are wondering when (or whether) will they start making big moves, as in – big acquisitions. The iPhone maker typically acquires smaller firms, but with more than $200 billion sitting at their offshore accounts, one wonders how on earth will they spend/invest all the cash.

There were rumors that Apple may be looking to acquire Warner Bros, and we thought to add fire to the rumors by speculating which other big companies the Cupertino giant could benefit from acquiring. We have two companies in mind: 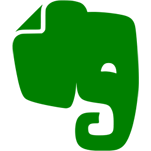 The popular note-taking service is still ruling the day, having more users than Microsoft’s OneNote and Google Keep. But with both of those competing services getting better, we have no problems envisioning the day when their user base will surpass that of Evernote. Simply put – they have bigger companies and bigger eco-systems supporting their growth.

The problem is that Evernote may not be put on sale. Its founder once said that he is not looking to sell his company, but things could change. Again, fighting Google and Microsoft takes some serious resources, and we are not sure Evernote will be able to compete in the long-run.

Evernote could be especially interesting now that is looking beyond notes; the company wants to change the way we work by integrating some functions of Word, Excel and PowerPoint into a single app, while also including collaboration to the mix.

The Evernote app is still not there, but we can see the glimpses of those plans emerging (i.e. Presentation mode). The next steps include adding more capabilities, and eventually educating users on how to dump their Office apps and replace them with Evernote. That will be a hard sell, but not an impossible one (I think). Apple could use its vast resources to help bring Evernote to the next level, and eventually turn it into a “default business app” like the Microsoft Office suite is today. Also, Cook & Co. need a business app of their own, and if Evernote could help them — so much the better.

To summarize: Apple – Evernote could be a marriage made in heaven. 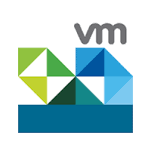 This one could be an even more business-focused acquisition. By acquiring VMware, Apple would get best-in-class virtualization technology to eventually enter the server software space. Microsoft is present in this market, so why wouldn’t Apple?

In fact Apple may decide to enter the global datacenter business, which is currently dominated by Amazon, Google and Microsoft. That’s the infrastructure of the future, and we see no reasons why Apple would want to miss on this opportunity.

Currently Apple lacks widely used server products, but with VMware on its side, it could kickstart that business and eventually bring VMware to places where it wasn’t before. It could also develop additional tools that would make network engineers’ and sysadmins’ jobs that much easier.

In a nutshell, by acquiring VMware, Apple would enter enterprise space in a new way, one that isn’t typical for them. Then again, it was never typical for Apple to have $200 billion in offshore accounts. Things change, and so could Apple.

More in Apple, Ideas and rants

Amazon should acquire BlackBerry; here are 4 reasons why that could be a good idea

If Chinese handset makers like Huawei and ZTE don't cut it -- due to security and "all that jazz" --...