With a new Android tablet being released virtually every single week and many more announced during CES 2012, one must be on the fence with their choice. Most Android tablets are a mixed bag and this is mainly due to Android 3.0 and not necessarily the hardware put into these tablets. Still, if you’re looking into a tablet that’s not the iPad 2, you had  your work cut out for you — Until the Transformer Prime came along with the NVIDIA Tegra 3 and Android 4.0 Ice Cream Sandwich.

Asus came into the tablet game as a bit of a dark horse, with virtually no one knowing it would release one of the most popular and cheap Android tablets available. This tablet was the Asus Transformer, which undercut most of the competition by $100 at $399. While the tablet itself didn’t get much of a push from ads, the Transformer became the go-to Android tablet for a lot of fans. The Transformer solidified Asus’ name in the tablet space and while the device lacked the allure found in other tablets, it wasn’t long before many began waiting for the next-generation Transformer.

The sequel to the Asus Transformer, the Transformer Prime was unveiled and is the very first tablet to ship with NVIDIA’s quad-core SoC, the Tegra 3. Couple the blazing fast processor with a truly beautiful design, all while staying very light-weight and Asus just landed itself a free pass to awesomeness on paper. But how does the Transformer Prime perform? In this review, we’ll give you the ins and out, ups and downs of the beastly and beautiful tablet, so read on!

The Transformer Prime is both powerful and easy on the eyes; a combination not all Android tablets get to enjoy. The Tegra 3 and other high end specs on the Prime make this the most powerful tablet we've ever seen and it doesn't skip a beat when it comes to design.

The front of the Prime is very simplistic. As with most 10.1 inch tablets, the display dominates the front of the Prime. The 10.1 inch display sports a resolution of 1280 x 800, rocks Super IPS+ for extra clarity (and is adjustable to save battery life), and covered with Corning Gorilla Glass. While we do wish there was a little less bezel to the Prime, it's still kept very light through and through. This is where you will find the 1.2 megapixel camera. Tucked away within the bezel is where you'll find the ambient light sensor as well.

The top edge of the Prime sports the power lock switch, with everything else on either the sides or the bottom of the tablet. The left spine holds the volume rocker, micro HDMI port, as well as the micro SD card slot, where the right spine only houses the 3.5 mm headphone hack. Placement of a headphone jack on a tablet seems to be a bit tricky, so you may or may not like the placement on the Prime. The bottom of the Transformer Prime is where you'll find the  40-pin connector for charging and syncing.

The back side of the Prime is really something to behold. Decked out in a metallic finish that has a circular pattern, the rear side's design draws you to look at the center, which is where you'll find Asus' logo. The back is where you'll also find the 8 megapixel camera, which sports a f2.4 aperture and LED flash. It's a rarity to find such a decent camera on a tablet today, as most people will likely still reach for their smartphone or point and shoot camera to take a picture but it's still a nice addition. 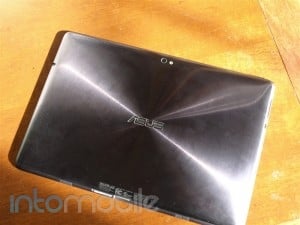 The tablet itself feels lighter than it really is. Coming in at 1.29 pounds, the Prime is in line with a lot of other newer 10 inch tablets we're seeing today but you'd imagine it would be heavier.

One of the few gripes I have with this tablet is the speaker. There's only one speaker on the entire tablet and while very crisp and clear, we would have preferred to see one on each side. The experience, especially when watching movies or things of that sort is not as immersive without using headphones. 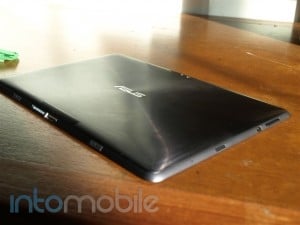 The Transformer Prime's design is simple to describe: Beautiful. The brushed aluminum backing and elegant color choices make the Prime something that you want to have in your hands.

The tablet comes in two colors, Amethyst Gray and Champagne Gold. Both color choices definitely have a high-class look to them and will definitely get some looks if taken out in public. Even with the keyboard dock attached, the Prime looks just as classy. 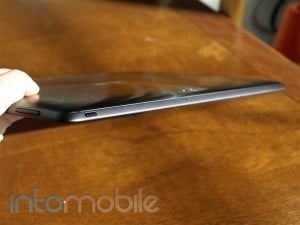 The Transformer Prime is made of some high-quality materials and you'll notice just that the second you pick it up. That said, although the tablet is made of high-quality materials, it does feel a bit fragile. Much like the iPhone 4/S, dropping the Prime would result in some very noticeable blemishes, if not just break completely. Gorilla Glass or not, the Transformer Prime isn't something you want to be rough with. 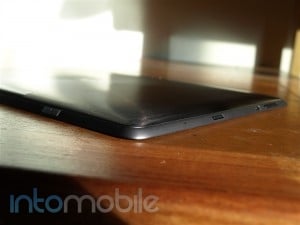 Despite is gorgeous looks, the Transformer Prime has one thing that sets it apart from the rest. The biggest difference is the NVIDIA Tegra 3, formerly known as Kal-El. The quad-core SoC ensures a very fluid experience on the Prime and in our testing, we found everything to be butter smooth.

The Transformer Prime is offered in 32GB and 64GB variants but is expandable with the microSD card slot and Asus also provides 8GB of WebStorage. If you still need more space, the keyboard dock can offer up an SD card slot and another battery built right in. 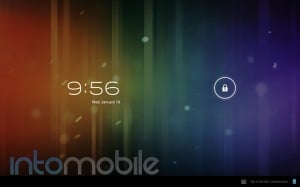 When we first got the unit, the Transformer Prime shipped with Android 3.x Honeycomb but has since received the Android 4.0 Ice Cream Sandwich update. It's definitely a nice update but it's hardly the dramatic update for tablets as it is for phones.

Ice Cream Sandwich brings a nice level of polish to the OS, with nice animations and features found throughout. Like the Galaxy Nexus, swiping through applications will produce a 3D animation and you'll now find widgets in the same place as apps. Other nifty features like screenshots can now be achieved with the same button combination on the latest Nexus handset as well.

Overall, Ice Cream Sandwich on a tablet is very nice but it still seems to lack what it needs to be a truly immersive experience. I'm not really sure what Android tablets need but I can't say that I'd buy a tablet solely on the fact that it has Ice Cream Sandwich on it. Luckily, the Transformer Prime sports some killer specs, making Android 4.0 the cherry on top. 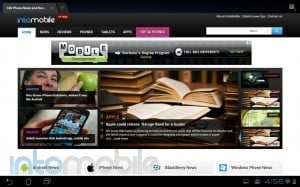 The Ice Cream Sandwich browser offers up quite a few new features within the web browser. New settings like being able to request the desktop version of a website right from the menu button are nice, so you no longer need to scroll to the bottom of the page to tap on the "full site" link. Another notable feature is the option to save a web page for offline reading.

The web browser for Android has always been pretty top notch but Ice Cream Sandwich makes it a bit snappier. You'll still get tabbed browsing, quick controls in the Labs settings, and incognito options, so the facelift isn't anything dramatic. Still, it's nothing to scoff at, either. 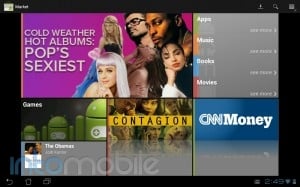 You can purchase music, movies, and much more from the Android Market these days, but the Transformer Prime offers up some more multimedia options for you to enjoy your media. Since this is a DLNA supported device, you can easily stream your content from your device to another compatible device or play back music and movies from a media server like TVersity right to the tablet. 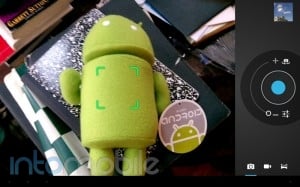 While most will still grab their phone or actual point-and-shoot camera when wanting to take a photo, the Transformer Prime performs admirably. The 8 megapixel camera is somewhat of a novelty with tablets today but that will likely change going forward.

The camera UI in Ice Cream Sandwich has been tweaked for tablets, and for the better. The over all look and feel remains familiar but new features like time lapsed video and panorama mode. You won't find the cool live video effects that are on the Galaxy Nexus and while they are fun to play with, it shouldn't be a deal breaker because you can't make someone's nose huge when recording a video. 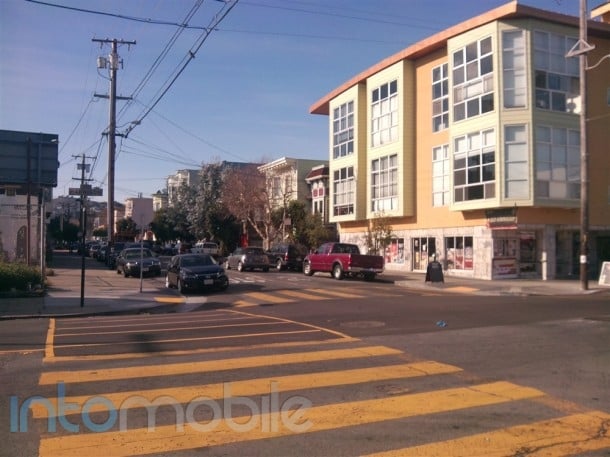 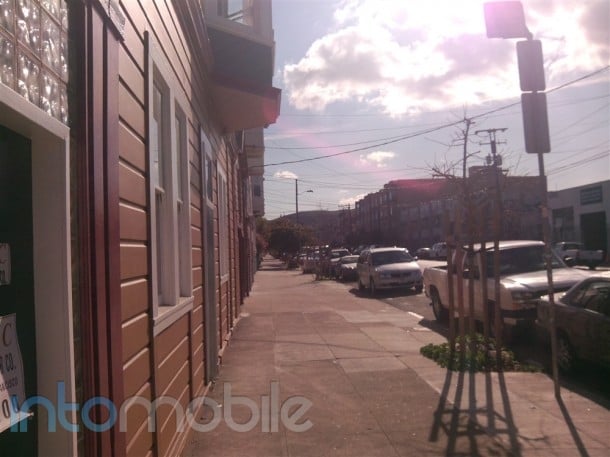 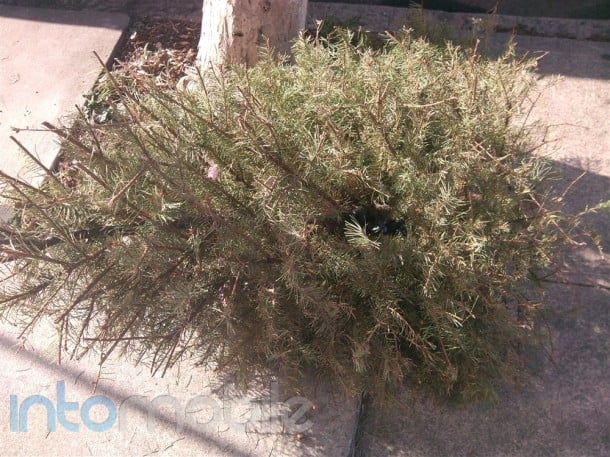 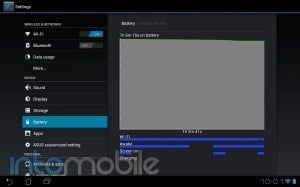 Battery life with the Transformer Prime seems to be a mixed bag due to its many settings for power consumption. In Super IPS+ mode (high performance), you're going to deal with a much shorter battery life. Luckily, you'll find a power saving mode, which lowers the screen brightness and other tweaks that will help the Prime keep chugging along.

That said, the Galaxy Tab would last forever on standby mode, and I've grabbed the thing almost a month without touching it and it still had juice to spare. I haven't really experienced this with the Transformer Prime, and have woken up to it dead the next morning with minimal use. Then again, every time I pick the Prime up I usually get lost in a graphics-heavy game of some sort.

Battery life will vary for most people but if you find yourself losing a nice chunk of battery every day, you just may want to consider the keyboard attachment, which comes with another battery for your Prime. 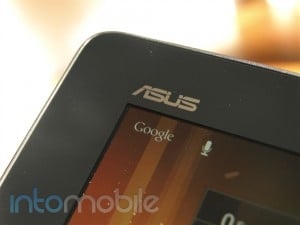 In a nutshell, the Asus Transformer Prime is the best Android tablet we've ever touched. The Tegra 3 is fast, the hardware is top-notch and we can't keep our hands off of it. With the high-class purple and gold color options, the Prime looks more attractive than the iPad in many ways.

Overall, Asus has made a solid tablet that should turn the heads of some average consumers with its design but may not be wooed as easily as the Android geeks when it comes to hard specifications. Still, it's a shiny and gorgeous tablet that could be running Android 1.6 Donut and some people still wouldn't care.

We've got to hand it to Asus for this one. The Transformer Prime is the Android tablet taken seriously, with minimal software optimizations and beautiful hardware to back it up. If you're in the market for an Android tablet today and don't mind paying the $100 premium over the original, what are you waiting for? If you can find one in stock, then jump on it!