In a time of custom user interfaces, carrier bloatware, and delayed updates, the fragmented world cried out for a pure Android experience phone. It was Nexus that was born to save the day, and the latest iteration of the handset family, the Nexus 4, is better than ever.

The Nexus 4 shares the DNA of LG’s latest flagship device, the LG Optimus G, already making it a force to be reckoned with. Couple this with a  tweaked design to resemble the Nexus family and stock Android 4.2, and we have the best Nexus to date. But how does the best Nexus to date compete with the rest of the Android devices shipping today?

Is the LG Nexus 4 the right phone for you? Read on to find out!

Sharing virtually every component  found in the LG Optimus G, the Nexus 4 is a powerful piece of hardware that's sure to please any Android fan who is sick and tired of custom user interfaces or just wants to make sure they are running on the latest version of the OS without having to wait too long.

The face of the Nexus 4 is about as clean as any Android handset can get, and this is mainly due to the lack of capacitive buttons below the display. As we can expect from any Nexus handset going forward, the Nexus 4 utilizes on-screen buttons for navigation, leaving the face solid black without interruption.

The 4.7 inch True HD IPS Plus display is the main attraction here. It's easily one of the best displays we've ever seen on a smartphone, offering up an incredibly crisp and colorful experience. In our opinion, there are few rivals to this display.

Above the display is exactly what you'd expect: You've got the ear piece, proximity and ambient light sensors,  and front-facing camera. Below the display, you might be happy to see that there's a notification LED in the same place found on the Galaxy Nexus. The fully customizable (via apps like Light Flow) LED is smack dab in the middle, below the display. It's slightly smaller than the LED on the Galaxy Nexus, but it's not something to really complain about.

Both sides of the Nexus 4 are covered in Corning Gorilla Glass 2, making the device's in-hand feel top-notch. The edges of the front glass panel are slightly curved, which isn't the first time LG had chose to do something like this. It reminds us of the Optimus 2X, but the effect is more subtle. Surrounding the curved glassed edges is a dark metallic strip, which just adds to its modern look. While we do like the two panes of glass on the Nexus 4, fingerprints will easily show up on the phone.

The sides of the device are kept rather clean and are done up in a nice soft-touch finish. About half way through the, the sides become angled, allowing the device to be held more comfortably. The left side of the device houses the volume rocker, the right is where you'll find the power/lock button, the top has the 3.5mm headphone jack and noise-cancelling microphone, and the bottom houses the micro USB charging port.

Despite its sleek design, the Nexus 4 is a monster internally. As you'd expect, the Nexus 4 essentially shares the same innards as the Optimus G. This includes the Snapdragon S4 Pro, and 2GB of RAM. You can also expect to see the standard WiFi, Bluetooth, GPS, NFC, and other radios found in a modern smartphone today. 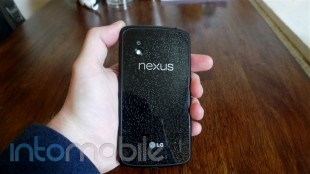 The Nexus 4's design is every bit as delightful as the Optimus G. While the Nexus 4 may be its own beast, most of its design is rooted in LG's latest flagship device, and that's a very good thing.

The Nexus 4 is essentially a LG Optimus G that's been tweaked, ever so slightly to fit the Nexus aesthetic.  The sharper corners found on LG Optimus G are gone, leaving the overall look of the Nexus 4 to look very similar to the Galaxy Nexus.

One of our favorite design elements of the Nexus 4 is the Crystal Reflection backing that's also found on the LG Optimus G. LG's patented method shows a pattern underneath the glass panel that responds to light, making the pattern change at different angles. It's a nice touch, and if you were concerned about the back of the Nexus 4 looking to flashy, don't. It's significantly less flashy in person. 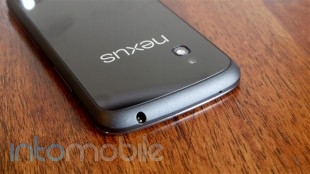 The Nexus 4's build quality is both a welcomed addition and a worrying one, at the same time. While Android devices have long needed build materials that aren't made of plastic, the Nexus 4 fulfills the promise of a sexier, yet more fragile build quality.

While the handset is done up in Gorilla Glass 2 on both sides of the device, it still doesn't mean that it can't break. It's glass. There have already been a few incidents with some people dropping the handset, leaving a cracked back panel.

If you're clumsy with your phones like I am, you might want to get yourself a case. While Google offers up a bumper case for the Nexus 4, it might not save the handset from complete annihilation, but it does give the handset a better grip on surfaces. 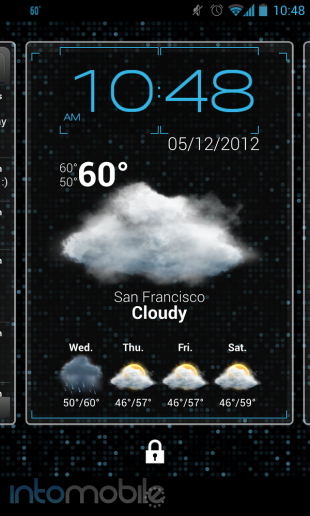 The Nexus 4 ships with the latest version of the Android operating system, which shouldn't come as a surprise. Android 4.2 is an incremental update that adds in some much needed and some (in my opinion) unnecessary features along the way. It's still Jelly Bean, so there's no new dessert to hear of at the moment, and we're betting that Google is saving the likes of Key Lime Pie for the next I/O conference in 2013.

Here are some highlights of Android 4.2:

There are many more tweaks here and there in Android 4.2, but nothing is really going to blow your socks off (you're likely going to have to wait for Key Lime Pie for anything really exciting). Probably one of my biggest gripes about Android 4.2 is that it can be pretty buggy. Luckily, Google has been pushing out the Android 4.2.1 update to device, which should ease most of these woes.
Overall, the software experience is still very much Jelly Bean, but I personally believe that this update could have waited. Sure, I get that Google wants to ship Nexus devices with the latest and greatest version of Android, but 4.2 feels like it was both rushed and unnecessary in some areas. 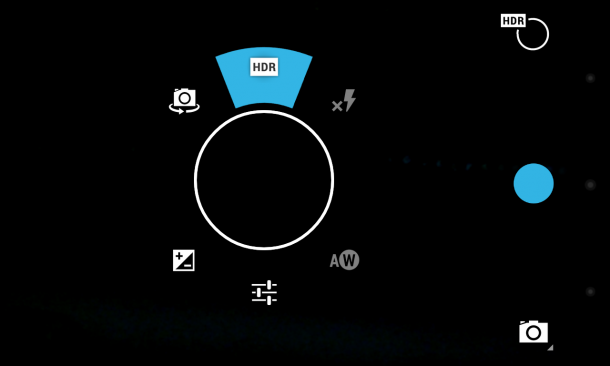 If you're coming from the Galaxy Nexus, you might just cry a tear of joy, as the camera on the Nexus 4 is significantly better. The same shooter found in the AT&T Optimus G, the Nexus 4 can take some stunning shots. Photos can come out a bit over saturated, but it seems to work in its favor a lot of the time. One of our complaints has to do with the flash, and some flash it is. It's simply too bright. Many photos come out very washed out if too close, so it's best to give your subject some distance. Again, if you're coming from the Galaxy Nexus, it will look like the best washed out picture you've ever seen.

Google has updated the camera software rather dramatically, and we're not sure how we like it. The camera UI is hidden until you touch the screen, where you'll then be presented by a set of options surrounding a circle. The idea is to slide your finger to the option you want once the screen is touched, but I've found this to be more of a nuisance than anything. Luckily you can avoid this this method of navigating through the camera software by tapping the circle on the top right of the viewfinder.

Android 4.2 introduces native HDR photos, and many new editing features and filters right in the camera app, which are all very welcomed additions.

As you can see below, the camera can make some photos come out pretty dark, but low-light photos came out surprisingly well at times. 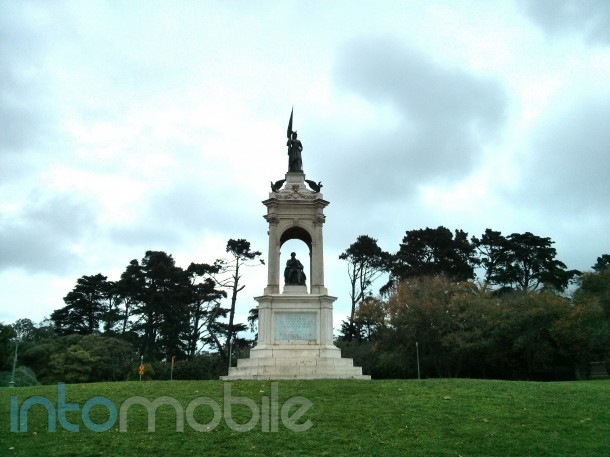 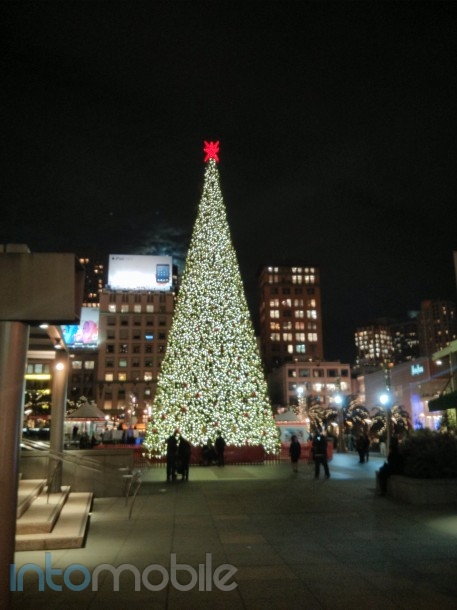 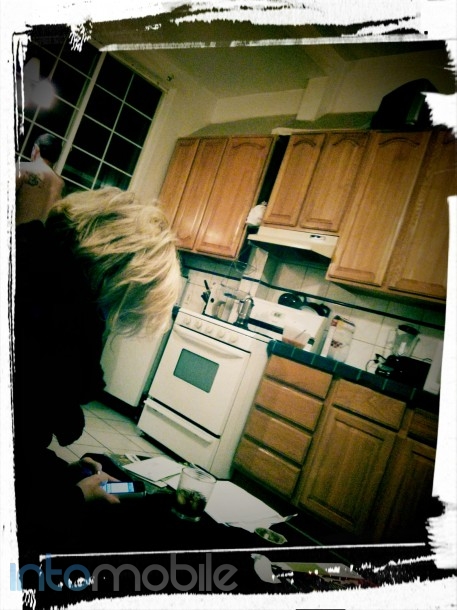 On T-Mobile's network, I had no issues with calls whatsoever. T-Mobile's services is pretty great in most areas here in San Francisco, but your experience may vary. Since this is a pentaband device, you can also bring the Nexus 4 over to AT&T and use its HSPA+ network.

Battery life seems to be a mixed bag on the Nexus 4 but it's become better as time has went on. The handset should indeed get you through the day -- it just might need to go through a few battery cycles first.

The Nexus 4 also supports Qi wireless charging, and works very well with LG's Qi Wireless Charger, which is one of the cheapest you can find right now. We know that Google will release its very own Qi Charging Orb, but it could still be a while before that happens.

This is a tricky area for a lot of people, but it wasn't for Google. Many have said that the lack of LTE is a deal breaker for the Nexus 4. As far as I'm concerned, it's not much of an issue for me. Testing the Nexus 4 out in San Francisco, I was able to get 22Mpbs easily in some areas of the city and I'm sure it's faster in other parts. LTE is fast, but it's not global, and the fact of the matter is that Google wanted this to be a phone that has the widest spread compatibility out there.

If the lack of LTE is a deal breaker for you, then you might be better off grabbing the Optimus G itself, which is available on AT&T and Sprint. If that's not good enough, then you can cross your fingers that Verizon will eventually release the Nexus 4 with LTE -- that will stay behind on Android updates and ship with bloatware. So, there's that.

We've already put the Optimus G through its paces and walked away incredible impressed with what LG has achieved. Now its brought all the best features of its flagship device to the newest Nexus handset, and it's exactly the phone I was hoping for to replace my Galaxy Nexus. With a blazing-fast processor, significantly better camera, great design, and insanely cheap price point, there's not much of a reason to hold on to the Galaxy Nexus if you have one in your pocket now.

I've been a long time fan of LG and have owned many handsets produced by the company, but the Nexus 4 (and Optimus G) shows that it's found a winning formula. From the beautiful True HD IPS+ display to the great in-hand feel and Crystal Reflecting pattern on the back, LG is back like never before.

Android 4.2 brings some nifty features along the way, but it's not going to be the driving force for anyone to get the Nexus 4. You can get the same experience on the Galaxy Nexus. The Nexus 4 is all about the hardware. We knew LG was going in the right direction with the Optimus G, but Android fans finally have a Nexus handset that is as exciting as the original.