Nokia’s Lumia line has never lacked a beautiful design, but that clearly isn’t enough to make someone opt for a Windows Phone handset today. Luckily, the Lumia line has another great power that you don’t see all too often for phones running the OS. Stunning cameras. Nokia’s PureView cameras bring one hell of a fight to the competition, and the Lumia 925 is no different.

Decked out in a sexy aluminium body, the Nokia Lumia 925 has a design that’s every bit as good as previous iterations, but with significantly better build quality. That said, the internal specifications of the 925 may have some potential buyers looking elsewhere, despite the great camera and build quality of the device. In this review, we’ll see if the Lumia 925 can stay up to snuff with some of the competition or if there’s another Lumia that should be in your life right now.

The hardware on the Nokia Lumia 925 is pretty impressive for a handset in its price range, but it can't catch up to the likes of other Android handsets that run for the same price. Still, at the end of the day, the Lumia 925 is a solid performer.

The sides of the handset are rather clean, and you'll find the volume rocker, power/lock button and dedicated camera button on the right side of the device. This leaves the left side clean, and the 3.5mm headphone jack, microSIM card slot and micro USB port on the top of the handset. 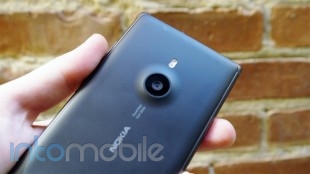 The design of the Lumia 925 is rather stunning. With the sides of handset composed of aluminum, the in-hand feel of the 925 is great.

The best way to describe the design of the Lumia 925 is clean. The handset's rounded edges with the sharper looking corners look elegant and modern without being in your face.

As with any Windows Phone handset, the user interface is simple and to the point. That said, there are a handful of pre-installed Nokia applications that make the experience unlike any other. Given that this is the AT&T version of the handset, you'll also find a nice helping of bloatware along for the ride as well. 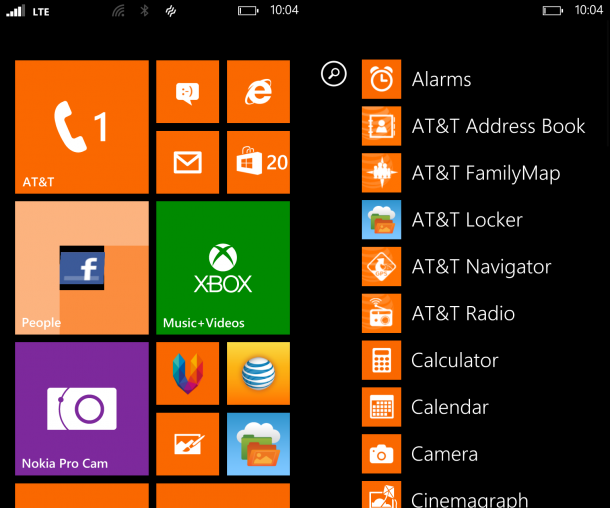 By now, most people know the look and feel of Microsoft's Windows Phone OS. Live tiles replace the standard icons most are accustomed to on Android or iOS, providing a slick UI that's easy to use. That said, this ease of use can hold the OS back a bit but it's nonetheless solidified it's place in the market and growing steadily stronger.

With the Windows Phone user interface identical on all handsets, there are only so many ways for handset makers to differentiate themselves. The most obvious method is hardware, but custom applications are another, and Nokia has a few that are pretty nifty. 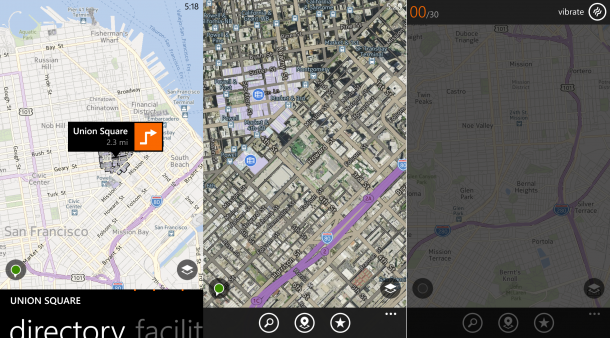 HERE Maps - Nokia's homemade maps application may lack the features and polish of Google Maps, but it'll get you where you need to go. 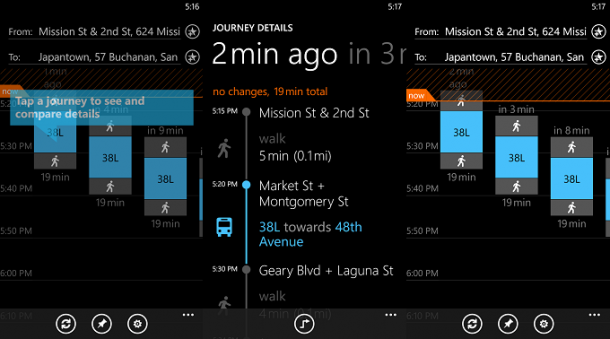 HERE Transit  offers up a quick and easy way to find public transit locations around you and departure times. 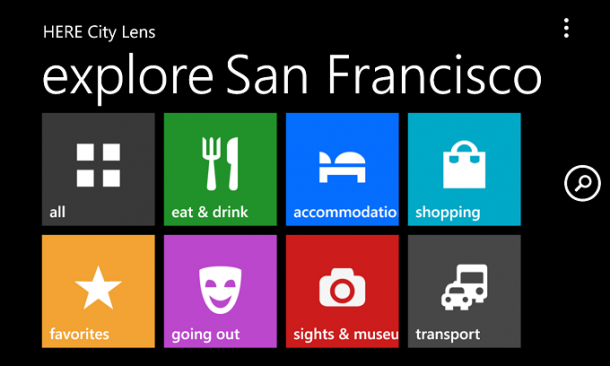 HERE City Lens  is an augmented reality application that lets you find a multitude of different places just by using your camera.

Like we said before, there's also a good helping of AT&T bloatware found on the 925. Address Book, FamilyMap, Locker, and Navigator are all present, but are easy enough to uninstall if you so choose. 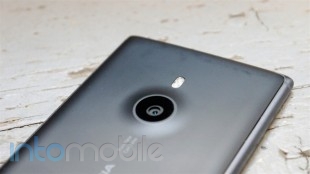 Likely, the number one reason to grab a Nokia-made Windows Phone handset is the camera. Plain and simple. The OIS camera on the Lumia 925 is ridiculously good, meeting and exceeding a good amount of other smartphone cameras available today.

The 8.7 megapixel Pureview camera performs great in just about any lighting situation, ensuring that your photo will be as crisp as can be. The flash performs exceptionally well, even if it's not the Xenon flash found on the Lumia 928 or 1020.

For those looking to go a little further into photography, the Nokia Pro Cam application is where it's at. Whether you want jump into manual focus, adjust the ISO or white balance settings, Nokia Pro Cam gives you these options front and center, on the screen. The 'Pro' in Nokia Pro Cam is there for a reason, and while photography buffs will likely love the customization options within the application, average users will be happy without any tweaks at all.

In the future Nokia will be combining both Smart Cam and Pro Cam applications into one. Both applications serve their purposes, but it doesn't really make sense to keep the two separated and merging them may lessen the potential confusion a new owner may experience with the handset. 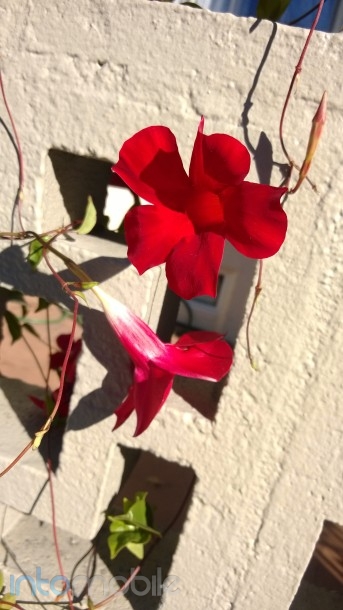 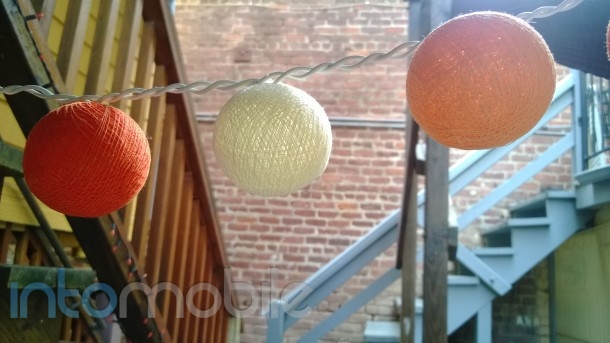 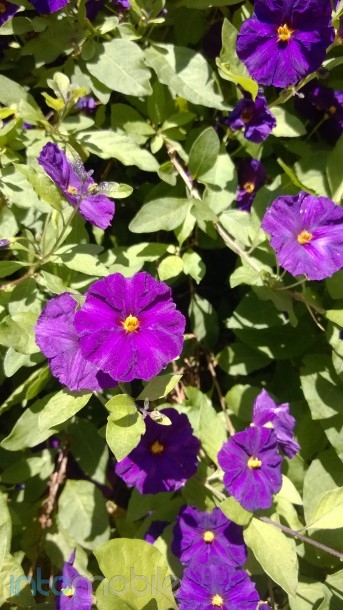 Call quality was pretty exceptional with the Lumia 925. Calls came through clear on both ends, with no interference.

The battery life on the handset is equally impressive. I was easily squeezing out a day's worth of battery life with the 925, and even when I was given the critically low battery warning, it still lasted for quite a few hours after that. The Battery Saver option within the phone's settings was not enabled for the duration of the testing. The 2000 mAh battery on the handset will easily get you where you need to go without having to search for a charging cable in the middle of the day. 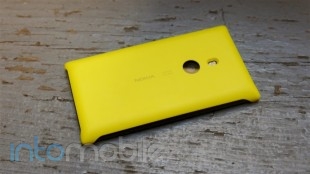 The Nokia Lumia 925 offers up a great display, snappy performance, superb camera and more in a tight aluminum body design. The handset is sure to impress those who aren't even interested in Windows Phone, as the in-hand feel alone is really something to admire.

The device itself may not be up to snuff in the spec arena with new Android handsets in the same price range, but if you're looking for an affordable Windows Phone handset that offers up a solid camera experience and beautiful design, the Lumia 925 is a great option to look into.

With that said, there are other Lumia handsets available today that offer up even better cameras and/or a Xenon flash. The Lumia 1020 is currently the star of the lineup, and we know it's only a matter of time before it's superseded. Still, for its price point, the Lumia 925 is hard to beat right now if you're looking into a Windows Phone handset.

While I'm an Android user at the end of the day, this is the first Windows Phone handset I've loved. Good going, Nokia.