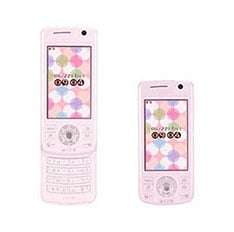 NTT DoCoMo is betting that all the hoopla surrounding the Nintendo Wii, and its motion sensing controllers, will translate well into a mobile phone. The NTT DoCoMo D904i sports built-in accelerometers to enable users to play games with a flick of the wrist. The company says games like tennis can be played by swinging the handset like a racket. But, with the smaller, lower-res screen and the motion sensing controls being one and the same, we couldn’t imagine anything more than tilt-sensing games being actually playable. Still, NTT pushes feature phones out its doors faster than anyone else – so chalk this one up to being just another feature phone offering in NTT’s extensive lineup.

No, it's not the Google Phone - that phone is being made by HTC. This new slider from LG merely...