Over at FastCompany.com, Saabira Chaudhuri prepared an interesting article arguing why Apple will not repeat its iPod success with the iPhone. 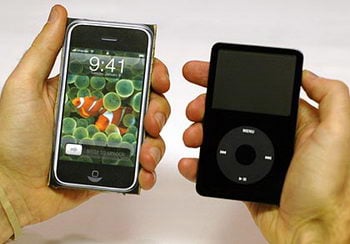 The in-depth article starts with a brief history of Apple, and then goes through the iPod’s main features — the ones that made it the single best selling portable music player on the planet. According to Chris Breen, Senior Director of MacWorld magazine: “Apple was the first company to do it right.”

The question afterwards is logical – can iPhone even come close? Pro arguments include relying on Apple’s fan base, but also on other people who are unsatisfied with their current handsets (and there are many of them), and are looking for alternatives. On the contra side, there’s always the price bundled with an expensive AT&T’s contract, as well as the change of game for the Cupertino-based company. Playing with carriers is not an easy task, and there are so many players on the market today, that it’s quite hard to get your place under the sun. Still, Apple’s shot could disturb the handset maker’s high-end device sales.

The bottom line is that iPhone can’t come even close to the iPod’s numbers. The problem is that iPod set an impossibly high bar — but the iPhone could still be very successful, particularly in the long term… The whole story is available from here. (photo taken from labusabilidad)

It's always like that -- Japanese are getting the most coolest-looking and most feature-packed devices. And it's not just a...