It looks like Samsung is really gunning for the gaming-handset market. Following up on their recent patent application for a joystick-mobile-phone, Samsung has applied for another round of patents with two new gaming-phone designs.

Design No. 1 is described as a”portable communication terminal for games.”And features a straight-forward gaming design – screen in the middle, flanked by the game-pad and action buttons and either side. Where are the phone-keys, you ask? Well, flipping up the game-pad end of the phone reveals a set of numeric keys and a navigational d-pad. The phone speaker is near the action buttons, which don’t flip up to reveal any hidden keys. 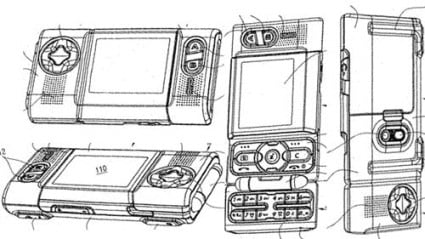 Design No. 2, described as a “portable communication terminal with foldable keypad,” features a sliding screen that seems to slide back and flip up to reveal the numeric phone-keys hidden underneath. Unlike the previous patent, this particular design preserves the game-pad and action-button layout, opting for a Sidekick-like under-the-screen key placement. 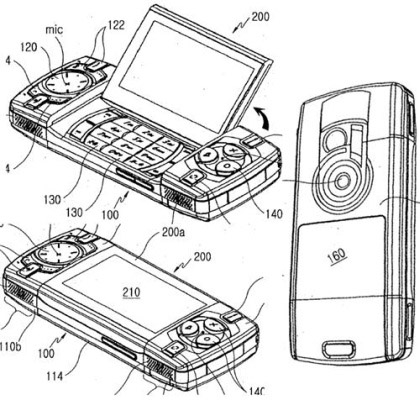 But, by the looks of the patent applications, these are some hefty gaming phones. As in, too hefty to be conveniently carried around. Unless Samsung has plans to put these phones on a diet, you can bet we won’t be weighing down our pockets with any of these bulky handsets.

If massive storage and speedy data rates are your thing, then your best bet for miniSD cards are the new...