Talk about convergence. These days, mobile phones wear a variety of different hats – phone, music player, email client, camera, gaming device, calendar, etc. (you get the picture). This “convergence” of technology is the future for mobile phones.

Now it seems there’s another feature to include into our mobile phones – a fertility monitor. If Samsung gets their way, we may just see future handsets from the South Korean handset manufacturer sporting a fertility monitor. The technology would measure a woman’s basal body temperature (resting body temp.) and distance to her eardrum to determine when she is most fertile. 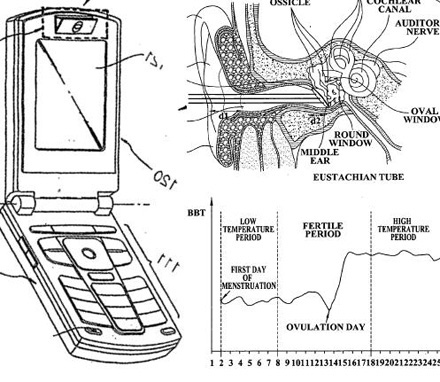 The patent app outlines a method to use a laser or ultrasonic technology to measure the distance to the eardrum, and an infrared sensor to measure the basal body temperature. These measurements would be processed through the phone’s software to track the user’s menstrual and fertility cycle.

So, the next time you think about “getting it on” with your significant other, it might be a good idea to whip out that Samsung phone and find out what your chances of making a baby are.

Samsung sure has been busy with patent applications recently.

Sprint's recently successful test of the first PTT (Push-To-Talk) connection between an iDEN and CDMA phone was leading up to...