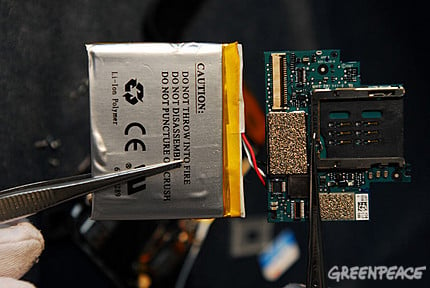 Robert Scoble’s kid Patrick has an iPhone that isn’t lasting as long as it was on day one, something that batteries always seem to do. Mobile phones with multimedia capabilities inside tend to wear out batteries quite rapidly. I’ve had my N95 since August and I’m already up to my second battery. What will happen when people who own the iPhone can’t make it through the day? Will 2008 be the year that a huge wave of consumers sue Apple for their faulty batteries like they did back in 2005?

Apple fans are going to tell me that for $70 they can get their iPhone battery replaced. Fantastic news my friend, but how are you going to make phone calls when you’re mobile is in the shop?

Apple fans are going to tell me that $30 a year will get you Apple Care so you can have a loaner while Apple fixes your device, to which I say how much is too much to pay to be apart of this cult?

$35 shipped from Amazon will get me a new battery for my Nokia N95 and it will take maybe 5 seconds to swap it. This isn’t only Nokia only feature, lots of devices let you swap batteries. Maybe the iPhone 2 will be better … who are we kidding!

We love quoting CEO's. They're good at shooting off at the mouth and having to later eat those words. Take,...