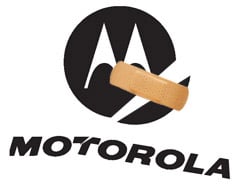 Motorola’s up and split itself into two distinct entities. We now have the Motorola Mobile Devices division and the Motorola Broadband & Mobility Solutions division running as stand-alone companies. The breakup of the company follows a string of problems and setbacks related to losses in the mobile phone sector. Perhaps the splitting up of Motorola is just the first step Moto’s efforts to help make the handset division more appealing to possible takeover, but that’s just speculation.

The real story underlying Motorola’s break-up is in the behind-the-scenes turmoil and inefficiencies of Motorola’s Board. This story starts with former Motorola CMO Geoffrey Frost and his role in revitalizing Motorola’s handset business with the RAZR all those years ago.

Numair Faraz, personal advisor to Frost until his death in 2005, has written an open letter to Motorola’s Board of Directors, CEO, and Motorola investors. The letter attacks the head-honchos at Motorola for grossly mis-managing Moto’s success (wasting Frost’s major contribution in turning the company around) with the RAZR and how the inept leadership of the once-great company ultimately led to it’s sad state of affairs.

Engadget has also uncovered that Motorola, under former CEO Ed Zander’s direction, maintained an extravagant fleet of private jets. Not only was Zander squandering the windfalls from the RAZR’s success on enterprise business acquisitions and stock-buy-backs (accusations made by Faraz), he was flushing cash down the drain on unnecessary amenities. Add that to current CEO Greg Brown’s technological incompetence (he refuses to communicate by computer/internet/email, and has his email correspondence printed out), and it’s not hard to see why Motorola is in such a predicament.

The technology company run by a guy that doesn’t use a computer and dictates replies to printed emails to his secretary. The Board might do well to get together one of those needlessly extravagant golden parachutes and kick Brown to the curb while they still have money to pay him off and make a difference in the company. Otherwise, management incompetencies of Motorola’s magnitude will eventually lead to the death of the spun-off handset division – no matter how capable the new handset division’s chief turns out to be.

Read Faraz’s letter after the break.

Dear Greg Brown, and the rest of the executive team at Motorola,

As you may or may not recall, I worked with Geoffrey Frost as a personal adviser during his days as Executive Vice President and Chief Marketing Officer of the company. I was the one quoted in Forbes in 2003 as saying “Motorola’s biggest problem is that Samsung kicks ass,” and eventually came to spend nearly three years working with Geoffrey during his efforts to revamp the company’s mobile lineup, which eventually saw the launch of the RAZR. As I told the company’s senior designers at Motorola’s 75th anniversary meeting: create something cooler (and more expensive) than anything else out there, and everyone will want it.

After the success of the RAZR, while Geoffrey was tied up every which way in ROKR development, meetings, criscrossing travel, and so on, through his associates I implored the company to beef up their software expertise, and focus on creating socially networked devices (this was in the years before MySpace and Facebook became the juggernauts they are today). Your predecessor, Ed Zander, had little interest in this, and instead insisted on parlaying his relationship with Steve Jobs into the ill-fated ROKR effort in order to prop up Motorola’s stock price.

Zander, who seemed to care more about his golf score than running one of America’s greatest technology companies, left all of the hard work to Geoffrey; I’ve always considered it Motorola’s dirty little secret that the strategy for their entire profit machine was run by the company’s CMO — not the rest of the company’s executives, who are as inept now as they have ever been.

Many close to Geoffrey believed Ed Zander worked him to death, putting the pressure of the fate of the company in his hands. I took his untimely death in 2005 very hard, and knew that the company would head downhill in the aftermath. On a personal note, Lynne, his wife blamed the company for his passing. She committed suicide soon after.

Meanwhile, Ed Zander continued to reap the dividends of Geoffrey’s work as the company made billions in profit from overselling the RAZR for years. Instead of channeling that money into the obvious — further development of groundbreaking consumer devices — Zander purchased enterprise companies such as Symbol ($3.9b), and engineered billions of dollars in stock buybacks.

As I told Zander in a phone call in 2007, I felt that he was setting the company up for massive failure. He had the audacity to say, “Well, maybe Geoffrey should have come up with a better successor to the RAZR,” and told me to “Wait for big things in 2008.” I guess he was right — the golden parachute he got for his exit from the company was worth about 30 million dollars — and that doesn’t include his accumulated Motorola stock.

Your appointment to the position of chief executive gave me cause for hope, and I reached out to you; I knew you were one of the main drivers behind the enterprise acquisitions, and that you had zero expertise in consumer devices. Surely you could use some help in turning Motorola’s flagging cellphone business around?

But apparently different from the rest of the incompetent senior executives at Motorola — except instead of merely being inept, you’re actually actively killing the company. Your lack of understanding of the consumer side of Motorola doesn’t give you a valid reason for selling the handset business; moreover, publicly disclosing your explorations of such a move, in an attempt to keep Carl Icahn off your back, shows how much you value the safety of your incompetence.

You clearly have no interest in fighting the good fight and attempting to mold Motorola into the market leader it can and should be. Taking control of the handset division, as you have recently announced, will accomplish very little except but to give you an ability to say, “We tried our best” — which you haven’t — when you finally do cart the business off to the highest bidder.

In order to turn the handset division around, you need to bring in another Frost; someone worldly and dynamic who is more interested in Motorola’s success than their own corporate career. You need to task the company’s designers with the same mantra that created the RAZR — make me a phone that looks, feels, and works like a symbol of wealth and privilege. Recognize the superiority of American software, and bring back those jobs so irresponsibly outsourced to China and Russia. Fully embrace embedded Linux and Google’s Android initiative, and take the phone operating system out of the stone age.

Recognize that, while rich people don’t really know what they want, the lower end of the market does — and fund the development of an online “crowdsourced” device design platform to take advantage of this fact. Get rid of all of your silly, useless marketing, including those overpriced and completely ineffective celebrity endorsements, and do one unified global campaign with Daft Punk (the only group whose global appeal extends from American hip hoppers to trendy Shanghai club kids to middle-aged Londoners). Understand that the next big feature in handsets isn’t a camera or a music player — it is social connectedness; build expertise in this area, and sell it down the entire value chain.

I was there when Motorola’s handset division was brought back from the brink of death 5 years ago. Follow my advice, and we can do it again.

Maybe it sounds like I take the downfall of Motorola personally; I do. It was my experience at Motorola, with people like Geoffrey and all of the loyal employees who still remain, that taught me what corporate America can and should be. But with people such as Zander and yourself, Motorola symbolizes the worst of our country’s corporate culture.

As an immigrant American, and someone who has traveled all over the world, I really do appreciate the uniqueness and importance of the American culture of creativity and ingenuity. Whereas other countries back their money on gold and commodities, we back ours on our ability to invent the future. The failure of Motorola as an American institution of creativity and innovation, should you let it happen, will now be entirely of your doing. Hopefully you’ll keep that in mind while the board has the accountants prepare your golden parachute.

Carl Icahn's dream has finally come true, Motorola is going to split into two separate companies. No date for the...