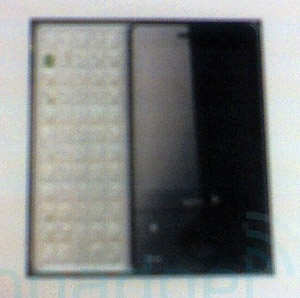 Coinciding with HTC’s new marketing push in the US, it looks like HTC is set to take the US CDMA market by storm with a couple gorgeous touchscreen handsets destined for Sprint. Newly discovered documents detail plans for HTC to bring the HTC Diamond and HTC Raphael to the No. 3 US carrier Sprint’s network later this year.

As a successor to the HTC Touch’s CDMA variant, the HTC Diamond really takes the touchscreen game to the next level with its generously large, glossy touchscreen. Just like its forebear, the HTC Diamond won’t be sporting a keyboard of any sort, instead relying on that flush-mounted touchscreen to get the job done.

The HTC Raphael throws a full QWERTY keyboard in to the mix. Following HTC’s roots in sliding QWERTY keyboards, the HTC Raphael gives touchscreen junkies the same glossy display, but offers a slide-out keyboard for texting input duties. The Raphael is slated to hit Sprint’s network in September, with the Diamond following hot on its heels in November.

More interesting is the mention of a 3 megapixel camera, WiFi, and VGA displays for both the HTC Diamond and HTC Raphael. If this VGA touchscreen duo can manage to keep things on the slimmer end of the device-thickness spectrum, Sprint could have a couple serious Windows Mobile handsets on its hands. The question is, when will we see GSM variants of these baddies hit the streets?