Who said the iPhone would struggle to find traction in the super-competitive Japanese wireless market? That’s right, just about everyone.

Following on new sales estimates that point to 3 million iPhone 3Gs in the wild, a new study from from TechOn, dubbed “iPhone Affects KDDI’s Net Subscription Growth,” points to incredible 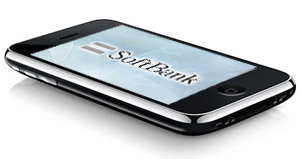 new subscription growth on SoftBank, Apple’s exclusive iPhone 3G carrier in Japan. Of the 391,500 new activations in Japan for July, more than half, or 215,400 to be more precise, were due to the iPhone 3G alone. “We believe our large net growth was an iPhone effect,” according to Softbank.

And, it the iPhone 3G’s affect on the Japanese wireless market has been noted by rival carrier KDDI. They found that the iPhone 3G was responsible for more subscriber cancellations due to customers porting their accounts to other carriers. “We are accepting the fact, considering that our handsets weren’t attractive enough,” said KDDI representatives.

While there are many potential explanations for the iPhone 3G’s success in the Japanese market, there seems to be a lack of focus on the heralded iPhone’s user interface (UI) and the user experience that it delivers.

While Japan has more than its fair share of feature phones that boast the most advanced features on the planet, Japanese handsets have traditionally been limited to flip-phone form-factors with little emphasis on a clean user interface. The iPhone 3G represents a major shift in handset-perception for the Japanese people, giving them a multi-touch touchscreen handset that focuses on delivering a user experience bar none.

The iPhone 3G does lack in the feature-department. The 2 megapixel camera is woefully lacking compared to the high-end shooters from competitors. There’s no video recording. No turn-by-turn navigation. And, in comparison with the feature-packed handsets in Japan, the iPhone 3G is a veritable late-bloomer that has yet to actually bloom.

But, the iPhone and iPhone 3G’s UI, the iPhone Mac OS,  helps affect a user experience that is greater than the sum of its parts. While advanced Japanese feature-phones focus on packing in features with little regard for an integrated feel, the iPhone 3G makes the most of its limited feature set.

The iPhone’s UI may not be the single, or even the most significant, reason for Japan’s enthusiastic adoption rates of the iPhone 3G, but it likely does play a role.

The question remains, will the iPhone 3G sustain this kind of explosive growth?

Here we go again. The latest iPhone 2.0.1 OS has apparently been causing problems for some iPhone 3G users. Previous...