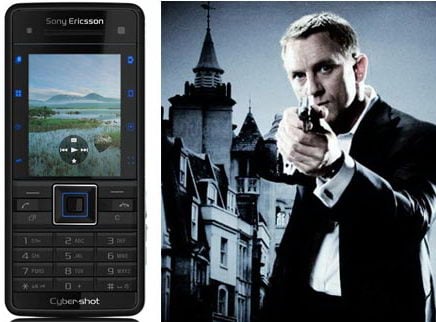 Sony Ericsson announced that the result of their cooperation with Metro-Goldwyn-Mayer Pictures/Columbia Pictures on a new Bond movie, QUANTUM OF SOLACE, is about to hit stores in “select markets.”We’re talking about the Sony Ericsson C902 Titanium Silver, the same 5 megapixel camera-equipped device that is used by Daniel Craig in the 22nd James Bond adventure.

Being a special edition phone includes some enhancements, hence the Swedish-Japanese handset maker is bundling tons of 007 content withe the handset, including:

The Sony Ericsson C902 Titanium Silver is a limited edition device, meaning it will probably go out of stock till the end of the year. So if you wanted to grab one, you better hurry!