Apple has drawn some serious fire of late for their seemingly random iPhone AppStore application rejections. Apple supposedly doesn’t allow applications that make un-supported API calls, like the one that Google’s Google Mobile iPhone app uses to detect face-proximity for its voice-search feature.

Google has been reported to be using an undocumented API to call up the iPhone and iPhone 3G’s proximity sensor, which goes against Apple’s own rules. A future iPhone firmware update might just break Google’s proximity sensor API, which would render the Google Mobile iPhone application’s face-detection feature useless. Of course, Google is likely to find a workaround for the feature, if push comes to shove. 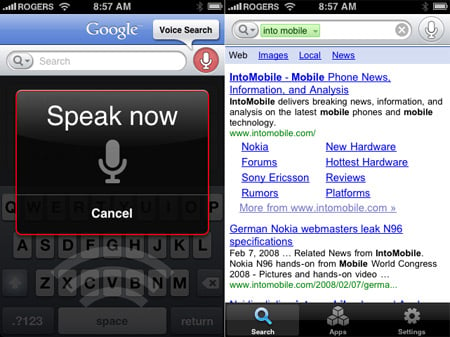 More to the point, Apple is struggling to keep pace with iPhone applications hitting the AppStore. With the volume of new applications Apple could be allowing rule-breaking apps through the AppStore gate in order to approve them in a timely manner. Apple could make it easier on their internal checkpoint procedures if they were to relax their rules and make iPhone application development a bit more open – like the Android OS.

Apple has breached (for the 2nd time) advertising code for making misleading claims about the iPhone. As a result, the...