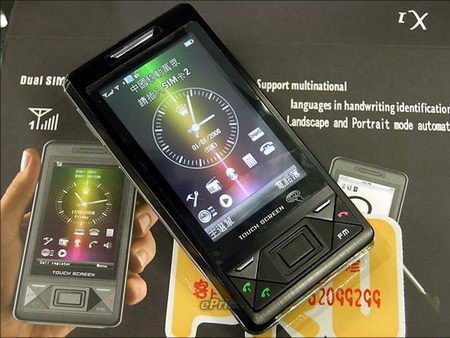 Here’s what happens when certain Chinese handset makers use their imagination. A new device is created combining best of the Sony Ericsson Xperia X1 and the iPhone, or at least that supposed to be the idea here. However, we don’t see this as a best solution — if we could even argue something like that in a clone device — the iFone x1 lacks full QWERTY keyboard from Sony Ericsson’s smartphone and that’s one element I would love to see on the iPhone.

Anyway, the device is apparently running Windows CE and among other things sports two SIM card slots, FM radio, some media player and who knows/cares what else. A short demo video of iFone x1 in action follows after the jump.

The iPhone, iPhone 3G, and iPod Touch have proven themselves as capable mobile gaming platforms. With the widespread availability of...