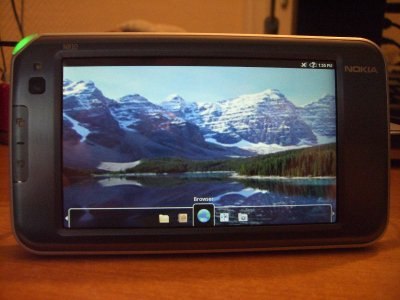 I should be ashamed of myself for even linking to this terrible piece of flame bait, but I just have to. The Guardian’s Richard Wray is claiming that industry insiders have tipped him off that at Nokia World 2009, scheduled to take place in Stuttgart Germany between September 2 – 3, a new device will be launched by the Finnish manufacture running Android.

It is bullshit. A quick walk around the Ruoholahti office in Helsinki is all it takes to see that Nokia’s flavor of Linux, Maemo, is the only flavor of Linux the company will ever support. Now Richard may be right about a Linux device being announced at Nokia World, but it will be a cold day in hell if that thing will run Android.

My favorite line: “Nokia was unavailable for comment, however.”

Your article was filed at 00:05 British Summer Time on a Monday, do you expect Nokia to keep a 24 hour a day press team assembled just to deal with someone as thick headed as you?

Update: “Absolutely no truth to this whatsoever,” said a Nokia spokesman. Can we now move on about our day?