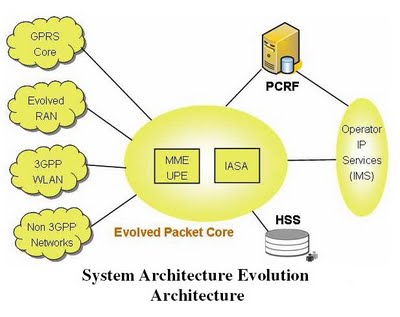 LTE, Long Term Evolution, 4G, whatever you want to call it, was designed to be a complete IP based system. Many of you may be surprised to hear this, but when LTE became a standard, it only supported data. That’s right, 4th generation networks didn’t have an interoperable standard for voice and SMS. Several solutions have been proposed, and I’ve extended my support to VoLGA, but it looks like Nokia has decided IMS (IP Multimedia Subsystem) will be the way going forward.

Who supports the decision? AT&T, Orange, Telefonica (many of you know them as O2), TeliaSonera, Verizon, Vodafone, Alcatel-Lucent, Ericsson, Nokia Siemens Networks, Nokia, Samsung and Sony Ericsson. That’s a lot of companies. Their posse is called “One Voice Initiative” and now that the big boys have all decided on a standard, progress towards getting LTE networks up and running will start to pick up. Verizon and TeliaSonera are competing to see who will launch the world’s first commercial LTE network in 2010, but it’s going to quite a ways off until 4G coverage is equal to the current 3G footprint.

If anyone can point me (and IntoMobile readers) to a blog post or a book that explains how IMS works, that would be greatly appreciated. I’ve always avoided the standard since I thought it would never fly. Oh how wrong I am now.

Update: The One Voice spec has been published, check it out [PDF] if you’re a network engineer.

While Apple's iPhone, Nokia's N97 and HTC's various Windows Mobile and Android powered devices win the hearts and minds of...