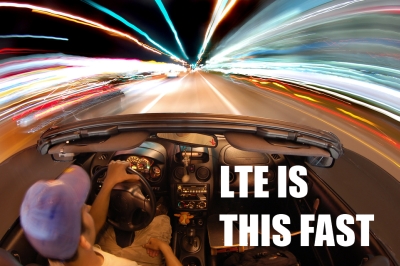 The GSA (Global Suppliers Association) is reporting that over the past 8 months there has been a near 100% increase in the number of operators around the world committing to the LTE standard. There are now 51 network commitments in 24 countries, an increase of 96% over the past 8 months. Not all is rosy in terms of a frequencies however with the EU mainly sticking to 2.6 GHz for LTE, American operators using 700 MHz, and the Japanese using 800 MHz, 1.5 GHz or 1.7 GHz depending on operator. Why is LTE (Long Term Evolution) important? It’s going to be 10x faster than today’s networks, with less latency, and it can scale to support more users. It really is going to be the next generation of wireless. Here is a list of who is working on what:

As for LTE devices, LG is saying that the first LTE handsets should come to market. Samsung and Nokia have already demonstrated LTE modems that you’ll soon see sticking out the side of laptops in cafés all around the world.

Look Out – Verizon Dropping Droid Eris Updates On You Tonight

'Tis the season for OTA updates from Verizon, it seems. Verizon Wireless just started rolling out Android 2.0.1 updates to...