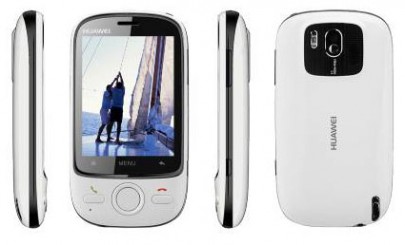 Last year, T-Mobile UK and Huawei announced the world’s first pay as you go Android phone, the Pulse. Now it seems that wasn’t enough, and they have recently announced the Pulse Mini, another pay-as-you-go Android phone. Since this is a ‘mini’ version, instead of beefing up their phone, Huawei is pulling a Sony Ericsson, sizing, and dumbing down their successor. This is not necessarily a bad thing, as this may get more Android devices in the hands of the people, and keeping more money in their pockets.

The Pulse Mini features a 2.8″ display (no word if resistive, or capacitive), Android 2.1, 3.2MP camera with LED flash, 3.5mm headphone jack,  and a micro SD slot expandable up to 16GB. Doesn’t sound too bad for a device that’ll only run for £99.99, does it? The original sits at £149.99, so the lower price may be a little more enticing for customers who aren’t willing to shell out too much cash without sacrificing too many features on their phone. Though unconfirmed, its probable that the Pulse Mini will continue in the tradition of the original by having the interesting grid-like UI running on top of Android 2.1.

Yet again, since there has been no announcement on our side of the ocean, the Pulse Mini will probably not come stateside.