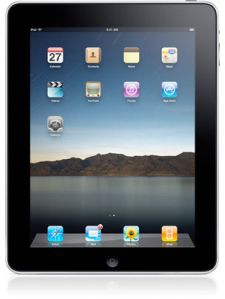 If you believe analyst Peter Misek of Canaccord Adams, Apple may be hitting some production snags with its iPad.

“An unspecified production problem at the iPad’s manufacturer, Hon Hai Precision, will likely limit the launch region to the US and the number of units available to roughly 300K in the month of March, far lower than the company’s initial estimate of 1,000K units,” Misek wrote in a note to investors. “The delay in production ramp will likely impact Apple’s April unit estimate of 800K as well. It is also possible that, given the limited number of units available in March, the launch will be delayed for a month.”

It’s important to remember that analysts often get things wrong and sometimes it’s better to get your name and company out there than to get the information completely correct. With that said, the iPad is a brand new device for Apple and it wouldn’t be completely unreasonable to run into a delay, particularly with that large, capacitive screen. The JooJoo tablet was also recently delayed due to production issues with the screen but Apple has way more money than Fusion Garage to throw at the problem.

It’s kind of hard for me to get too excited about the iPad because of the lack of Flash and multitasking but it does look like some gorgeous hardware. Misek said this delay could impact sales and he expects Apple to sell 550,000 units in its fiscal third quarter. Overall, he expects Apple to sell 1.2 million iPads in fiscal 2010 and 3.5 million units for fiscal 2011.

The IntoMobile team has some strong feelings about the iPad and I personally think that Apple hasn’t overcome the inherent limitations of a tablet. Apple has created a good-looking product but still hasn’t convinced me of the usage cases for the iPad. Still, Apple’s marketing machine and content ecosystem is good enough to help move a few millions iPads.

UPDATE: It looks like the analyst could be full of horse apples, as an Apple spokesperson told Wired that the iPad will be available in late March as previously announced. John Biggs at CrunchGear assumes Misek was deliberately fed some bad information by a Hon Hai Precision rival.

Image via C|Net When the iPad was announced, geeks like me were absolutely fixated on this new Apple A4 processor....