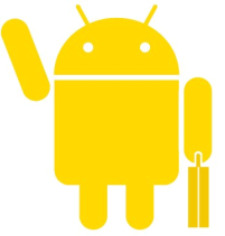 Even though Apple sued HTC for patent infringements, it’s not that hard to tell this is kind of a proxy fight against Google and its Android mobile operating system. Because of this, it’s not much of a surprise that Google would offer its support for the maker of the Nexus One.

Apple singled out some Android products like the Nexus One, myTouch 3G and others in its patent lawsuit. HTC was apparently blindsided by the lawsuit but said it will defend its own patents and innovations. The search giant has weighed in on the case, which is a bit odd because it is not the target.

“We are not a party to this lawusuit,” a Google spokesperson said in a canned response. “However, we stand behind our Android operating system and the partners who have helped us develop it.”

This whole fiasco shows the growing importance of the smartphone space in computing and companies are going to use every weapon in its arsenal to carve out market space. Unfortunately, this doesn’t just mean out-innovating the competitors because legal weapons can prove to be highly effective too. It’s odd that Apple chose to go after HTC because someone like Palm could also be accused of infringing on “Apple’s multitouch” with the webOS platform, and Palm definitely couldn’t afford a long, drawn-out legal battle. I can’t wait to see the shizz go down if Apple ever has the balls to sue Google.

The lawsuit also shows that the patent system is kind of broken. I’m all for companies defending their intellectual property but some of the patents listed by Apple in this case are ridiculous. For instance, there’s a patent for unlocking a device using a touch-sensitive screen. That’s right folks, apparently only Apple can have touchscreen unlocking functionalities. Proper patents should reward innovation instead of just make lawyers rich.

According to some internal docs, the Motoro9la CLIQ XT should be arriving on T-Mobile March 10th and the HTC HD2...