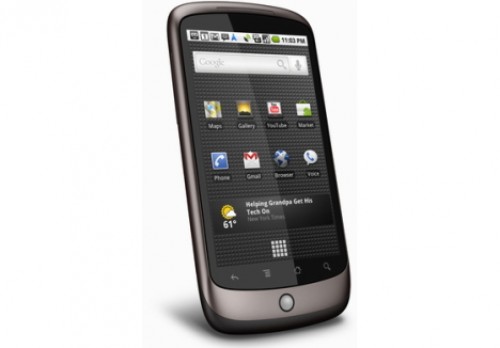 Multi-touch, specifically pinch to zoom, has been one of the few/many (depending on how you look at it) things that was left out of almost all Android devices. Shortly after the launch of the Nexus One, Google turned on the switch to this technology, but it looks like it has a few bugs, and now we have a video of the Motorola Droid kicking its ass at ‘multi-touching.’

The first people to notice the glitches of the multi-touch functionality were developers, as they have to deal with it directly if it is going to be implemented in their application or not. One such developer, Robert Green of Battery Powered games, who has made games such as Light Racer 3D, and Wixel, also has an application called Multi-Touch Visible Test. The application shows how two different touch points are recognized on a device, and judging from the video below, the Motorola Droid’s transitions between axis’ is much more smooth than that of the Nexus One.

Whether or not this is a software, or a hardware issue is anyone’s guess at the moment. This can just be put up on the top of all the issues that have began surfacing. From inconsistent 3G connections to having the phone call emergency service numbers when checking your voicemail, the problems surrounding the Nexus One keep stacking up. It seems once a problem the Nexus One has faced gets solved, another problem materializes.

Only time can tell if Google, or HTC may come out and say that their hardware is flawed, and no software update can fix some of the problems that the device has. Judging by the recent problems now facing HTC, they need something that, say, just works. If the unlikely happens, and the Nexus One for some reason needs to be recalled, lets hope we may see a free Nexus Two, or Desire to all the previous owners. I can dream, can’t I?

One of the casualties of the frantic business of Mobile World Congress was some playtime I had planned with the...