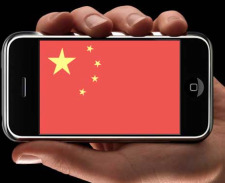 China Unicom is in talks with Apple to bring a full-featured iPhone with WiFi to the world’s largest cell phone market.

The iPhone is currently being sold without WiFi primarily because of governmental regulations. The move could increase adoption of the iPhone in China because it would enable users to get online with the device without having to sign up for an expensive data plan. The iPhone is already pretty costly in China, as it can cost more than $1,000 unlocked.

“I know that in the market there is hope we will offer an iPhone with WiFi,” said Chang Xiaobing, CEO of China Unicom. “We have been holding talks with Apple in this area.”

If an iPhone with WiFi makes its way into China, it will support China’s WAPI security protocol. It’s in Apple’s best interest to court China because it has the most cell phone subscribers in the world and there’s tremendous room for growth. The nation’s largest carrier, China Mobile, has more than 500 million subscribers and China Unicom has nearly 200 million users.

3 UK and On Demand Group today announced the debut of WarnerTV, which gives subscribers on-demand access to entire episodes...