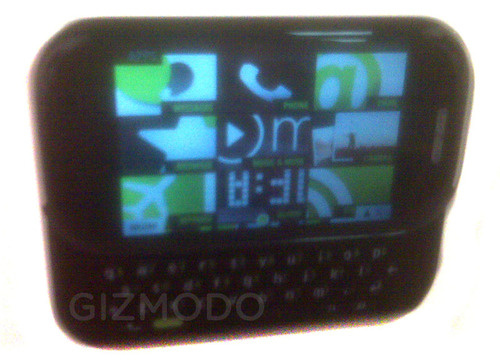 Microsoft’s long-rumored Project Pink phones have been leaked and at least one of these underwhelming handsets will be coming to Verizon.

The spies at Gizmodo managed to grab a few blurry shots of the slide-out QWERTY device above, and it is being code-named Pure. There’s no word on what operating system will power Pure but it doesn’t appear to be Windows Phone 7 Series or Windows Mobile 6.5. The handset will likely be powered by a proprietary OS that takes the tile elements of WP7S and the tipster told Gizmodo it was intuitive and “better than Android.”

Earlier today, an advertisement leaked out showing a second Project Pink phone, known internally as the Turtle, will be coming to Verizon. It will probably have the same OS as the phone above and I’m guessing Microsoft is trying to recapture the Sidekick market but I don’t know how much appeal there is for what’s essentially a souped-up feature phone. No word on release date or pricing. 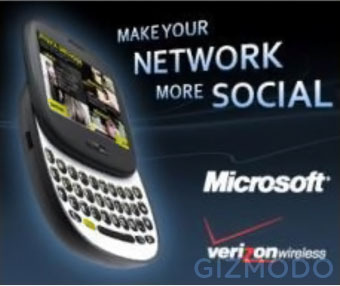 Are you a Droid Eris owner waiting impatiently for the updated Sense UI running on top of Android 2.1?  Well...