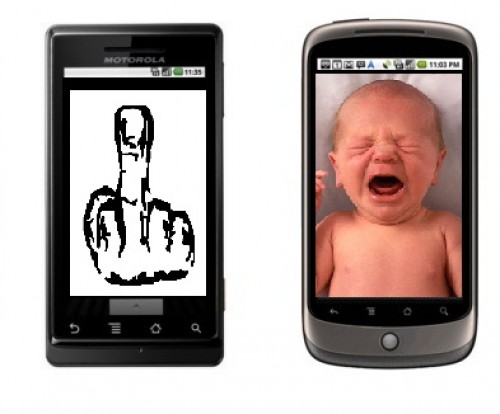 An interesting story over at AndroidForums has surfaced. It looks like out of all that 512MBs on the spec sheet of the Nexus One, only 196MBs are available to the user. Fixes have been promised, but nothing more.

Over at the XDA forums, someone got hold of Romaine Guy in an IRC channel, an Android developer that works for Google, and posted their conversation. It seems like the issue with the Nexus One is connected to the kernel, and an upcoming update will be solving this issue. Note: the conversation below took place in January, and the more recent update for the Nexus One was in February, although the problem has still not been addressed.

<@romainguy_> there’s a limitation in the kernel

For those who need brushing up on what a kernel is: “The kernel is the central component of most computer operating systems(ie; Android) It is a bridge between applications and the actual data processing done at the hardware level.”

Now there have been RAM hacks for the G1, and the MyTouch 3g, which add about 10Mbs of RAM taken from the GPU of the device, but adding 100-150 MBs of RAM doesn’t seem plausible. The devs over at XDA do some great things, but with a situation like this, it should be left for the people who get paid for it – Google developers themselves.

Even with the RAM missing, I can’t complain on the speed of my Nexus One, this thing flies! It is interesting, and somewhat funny how the Nexus One may have more RAM than the Motorola Droid, but the Droid actually has more RAM available to it. Surprise, sucka!

Hopefully Google gets this one right, and soon. The Nexus One has enough issues already.

I think it's a crying shame that Tawkon's iPhone application won't be allowed in the App Store because it seems like...