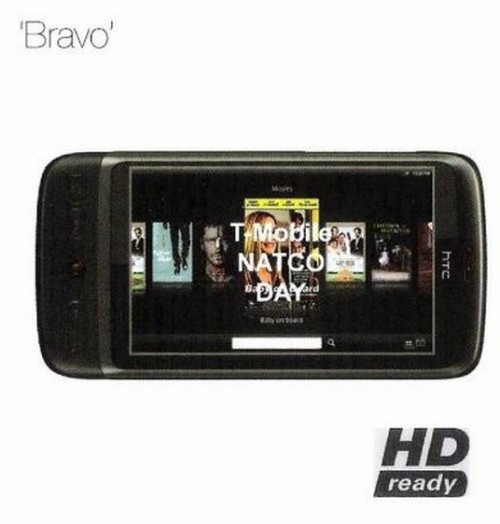 The HTC Desire — the device has got a lot going for it. The Desire is virtually identical to the Nexus One, yet sexier since it has HTC’s Sense. What else could make the device dethrone the Nexus One as the top dog of the Android kingdom? Well, it may be gaining DivX support, as well as 720P video encoding in an upcoming update!

If we go back to the roadmap leaked way back in December, the Bravo clearly says ‘HD Ready’ on it, so it would be assumed that it would only be a matter of time before we got to see this feature enabled. Supposedly this was going to be a feature all along, but it didn’t make it in time for the launch of the device. What it does not say is that it may support DivX in the future, so it is a pleasant surprise to hear it will be coming to the device in the future.

DivX support will make it easy to throw some movies on your SD card, and have them play seamlessly, without restrictions. Their are applications in the market that support DivX, but they are very unstable, and not at all a joy to use. There are also people trying to get people to sign a petition to bring PSX, and N64 emulators to Android, as well as DivX support. While that sounds nice and all, who knows if that’ll ever happen. But I must admit, it would be nice to have VLC on my Nexus One.

So far, the only Android device to support DivX is the Samsung Spica. Although it is rumored to receive the Android 2.1 update at some point, it is no where near up to snuff to the likes of the Desire. Spica owners may be laughing now, but the Desire will crush it in all its 3.7″, AMOLED glory once they get the support for DivX. Also also coming up in the update is 720P video encoding, which will enable a user to record in HD, and I think everyone can be thankful for that.

So while the Spica may be the only kid on the block to support such features as DivX, those days are numbered. Also, when the Desire gets this supposed update, you can bet that eventually, either through HTC themselves, or the devs over at XDA, this ‘update’ will make it to the Nexus One someway, somehow.

The Motorola Backflip came out this weekend for AT&T and it looked like a standard mid-range Android device. Even at...