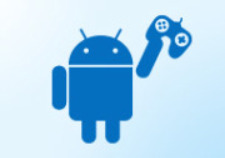 Get ready for some gaming Android fans, as Google has just released the latest version of the native development kit and it gives developers the tools to make games that look as good as those on the iPhone.

The third NDK, known as Revision 3 or r3, gives developers access to OpenGL ES 2.0, which “brings the ability to control graphics rendering vertex and fragment shader programs, using the GLSL shading language.” Basically, this means good-looking 3D graphics. It’s the same tool that iPhone developers get with the iPhone 3GS, and this leads to some noticeably improved performance and visuals. It will only be available for Android 2.0 or higher devices.

Although its not known as a hardcore gaming platform, I’ve been impressed by some of the graphics I’ve seen in Android games that were built nearly all in Java. When you combine OpenGL ES 2.0 with some of the Snapdragon handsets that are coming out, things are looking good for Android gaming. I’m at the Game Developer’s Conference this week, anything you’re dying to ask Android developers?

The HTC Desire -- the device has got a lot going for it. The Desire is virtually identical to the...