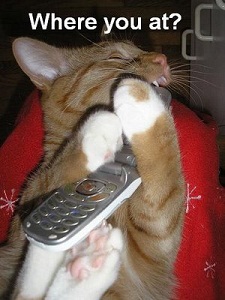 This week’s SXSW festival will be more than just bands, beers and bongs, as the Austin-based conference has become a hotbed for technological innovation. Remember, it was at SXSW that Twitter became popular among the digital crowd before surging to the mainstream a few years later. This year’s digital darling is going to be location-based services and, like Twitter, it will take a few years before all the kinks are worked out.

The appeal of LBS is clear: finding your friends when they’re out and about is cool, and mobile coupons and recommendations can be convenient and useful. The trendy Foursquare is getting raves for its “check-in gaming” model: users check into venues, leave tips and compete against friends to see who can be the “mayor” of a certain spot. It also has a solid business model and has inked deals with national television companies. Other services like Gowalla, Loopt and Brightkite are also trying to capitalize on a user’s location.

It’s not just startups for hipsters, as the big boys are starting to play in this space. Yelp’s always good for finding new restaurants on the go – it recently added the “check-in” feature – and it’s only a matter of time before Facebook’s mobile app integrates location features. The gorilla in the room is Google. The search giant added “check-in” features to Buzz and all of its products from now on will have mobile (and probably location) at its core. Google wants to roll its money-printing online ad platform on to mobile in a big way and the crazy thing is it could be even more successful with relevant, location-based advertising.

The market for LBS is expected to grow rapidly. A new report from Juniper Research said revenues from mobile LBS could reach more than $12.7 billion by 2014, which is enough to foster a thriving ecosystem.

“Location-based applications are extremely interesting for brands and retailers in that they allow those companies to direct consumers to outlets in their vicinity while simultaneously providing information about the products on offer,” said Dr. Windsor Holden, co-author of Juniper’s report, in a statement. “When these are allied to measures such as mobile coupons and vouchers you have the combination of information and financial incentive which can be compelling for consumers.”

But all of these services bring up scary privacy issues. Google already knows a ton about me, does it also need to know where I am? The website pleaserobme.com also points out that we could be setting ourselves up to be burned by constantly broadcasting where we are. I would also argue that many “check-in” services could have a limited appeal for many women. I know I’m walking a delicate line here, but I don’t think it’s unfair to say that many women have safety concerns that most men never even think of.

I talked about this issue with the wonderful Sarah Perez (no relation), a blogger from ReadWriteWeb, and she said this could be a big problem. She relayed a story about a friend who was afraid to use these services because she had been stalked in the past, and these services just made it easier to be stalked again. To be fair, Perez herself isn’t that worried, and she said it may be too early to tell.

“I think it may be too soon to gauge the mainstream woman’s interest in and/or fear of these services just yet. They’re still so new,” Perez said in an e-mail. “They may not even take off beyond a niche crowd of early adopters for all we know. Also, considering that the LBS user base is split among multiple services … we don’t even have a dominant LBS player yet.”

In the end, the issues with LBS will be overcome because the benefits will outweigh the negatives. Ten years ago, it would be silly to think we’d be broadcasting the minutia of our lives on Facebook and Twitter (some still think it is). These services will succeed because it ultimately fulfills the promise of mobile computing: having relevant, intimate information at your fingertips no matter where you are. It’s up to us to make sure these companies implement LBS in a responsible way.

Doing their best to connect with (and perhaps even make peace with some!) customers nationwide, Rogers has launched something they...