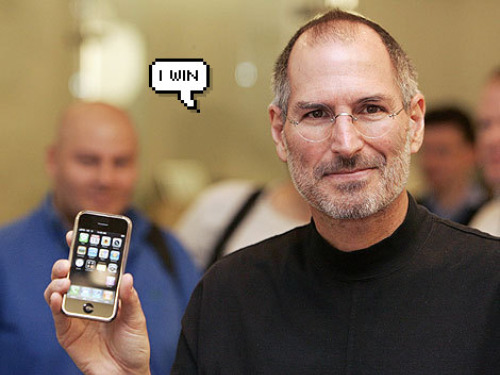 When Apple zaps applications from the App Store, many times the end users and developers are confused. But according to the leaked iPhone Developer Program License Agreement, Apple has the right to kill any app, any time, and the company can even remove apps remotely from your handset.

The Electronic Frontier Foundation leaked the document and pointed out a few clauses it found troubling. As mentioned above, developers have to agree that Apple can “revoke the digital certificate of any of your applications at any time.” Content creators also can’t speak publicly about the agreement, can’t make the app available outside the App Store, reverse engineer the operating system, and can’t unlock an iPhone. What I find astonishing is that Apple also can’t be held liable for more than $50 to a developer, no matter the circumstances. If you’re building your business around the iPhone App Store, that has to be a scary development.

“If Apple wants to be a real leader, it should be fostering innovation and competition, rather than acting as a jealous and arbitrary feudal lord,” the EFF wrote in its post. “Developers should demand better terms and customers who love their iPhones should back them.”

The EFF was able to obtain this document by using the Freedom of Information Act because NASA has created apps for Apple’s mobile platform. The agreement has reportedly been revised, but I doubt much has changed.

The EFF paints this as extremely one-sided for Apple, but let’s not go too crazy. I’m no hippie – I understand that every single one of these developers agrees to these conditions and should understand the repercussions. It’s the price of doing business to reach the more than 70 million iPhone OS users. But this type of heavy-handedness is a step backwards for how we should be approaching development for mobile computing. It could also bite Apple in the behind in a few years if Android picks up more momentum or other platforms provide a viable alternative.

Palm beefs up gaming for webOS

Just one day after Google beefed up Android with an eye on gaming, Palm introduced tools that could bring 3D...