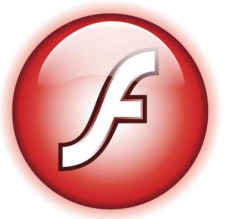 If there were any lingering concerns about Flash not hitting Windows Phone 7 Series, you can rest assured because Microsoft’s Mike Chambers said it is working with Adobe to bring the Flash 10.1 to its latest mobile platform.

“One thing I wanted to clarify as it may have been lost in some of the other news is that Adobe and Microsoft are working together to bring Flash Player 10.1 to Internet Explorer Mobile on Windows Phone 7 Series,” Chambers wrote on his blog. “I dont have an eta or other specifics right now, but it is something that both Adobe and Microsoft are working closely together on.”

This is actually pretty consistent with what they’ve been saying before, but it’s nice to get more confirmation. Microsoft’s WP7S will also be compatible with Silverlight and it could be interesting to see if there’s a bit of development tool battle.

For Adobe, this is another good sign that it’s gaining traction in the mobile space. By the end of the year, we should have Flash 10.1 support on webOS, higher-end Android devices, Symbian, BlackBerry and maybe Microsoft’s latest platform (although I’d imagine it won’t hit until 2011). There are still some questions about battery issues and performance on smartphones, but Adobe appears to be solving those with hardware acceleration.

Of course, the major player missing is Apple’s iPhone and iPad. Apple CEO Steve Jobs isn’t a big fan of Flash supposedly because of performance issues, but Flash will also create a rival for the App Store. If Adobe can get Flash on nearly every other major platform, it could force Apple’s hand through public pressure. Adobe needs to get on the iPhone because these users are highly engaged online and content producers want to reach them. There are already more than 70 million iPhone users, and we’ve already seen signs that websites are willing to ditch Flash in order to reach smartphone users.

Palm Pre owners in the UK will be happy to hear that EA Mobile is giving away three free 3D...