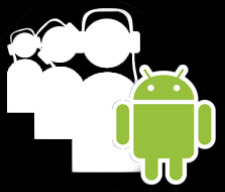 In a bit of shocking news, it looks like MySpace is the most popular social networking application on the Android Market.

MySpace also said its apps is the third most-popular app overall for Android Market and it attributes this success to the deep integration with the operating system.

“We also allow users to set MySpace photos as background wallpaper on their phone’s home screen,” MySpace said on its blog. “Close integration with the native Android camera contributes to the customized experience and makes it easy for MySpace users to take, upload and share pictures of their friends out having fun.”

I’ve used the app before and it is well-done, but I have no friends still using MySpace. I thought it had been relegated to bands and perverts, but I guess I’m wrong. The Fox-owned network did have the first-mover advantage because it has been on the platform since about launch, while an official Facebook app didn’t come until much later. It will be interesting to watch if MySpace can keep up this performance in a year or two.

YouTube watchers on Symbian and Windows Mobile will want to update their applications to 2.4, as the latest version includes...