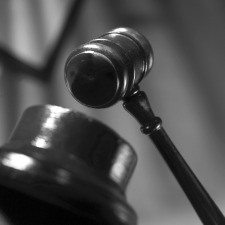 Another day, another lawsuit. This time, Facebook and Google are being sued for allegedly violating patents on its mobile social networking services.

Wireless Ink Corp. is suing the two online giants because it claims Facebook Mobile and Google Buzz violate patents regarding delivering content to phones. In the complaint, Wireless Ink said Facebook and Google had to have known it was infringing and it is seeking monetary compensation.

Facebook and Google haven’t publicly commented on the case but it could put a crimp in the companies’ future plans. Google has said that smartphones are going to make desktops irrelevant in three years and it is integrating mobile into the core of every product. Facebook is wildly popular on most mobile platforms and it is expected to soon enable its mobile users to share their location.

Here are some direct links to the lawsuit PDF and the patent documents (PDF as well):
Wireless Ink Corporation v. Facebook, Inc. et al
US Patent #7,599,983

Foursquare for BlackBerry Updated to Version 1.7

To no doubt coincide with SXSW (which officially kicks off tomorrow), Foursquare has gone ahead and updated their BlackBerry app...