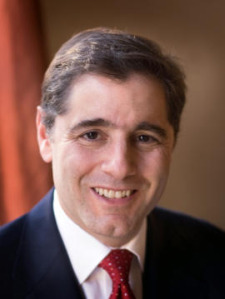 You have to give Federal Communications Commission Chairman Julius Genachowski credit because he seems to understand how big a role mobile broadband will play in the future. The governmental agency is just about done crafting a National Broadband plan and it has just released apps for the iPhone and Android that will measure mobile broadband speeds.

The free Consumer Broadband Test can be downloaded from the Android Market or App Store and it measures the download speed, upstream and latency of your mobile connection. There’s a fixed version available at broadband.gov, and the FCC plans to use the data to craft the national plan, as well as determine the gap between advertised speeds and real-world implementations. The FCC went out of its way to say it doesn’t endorse any mobile platform and that apps will be coming for other smartphones in the future.

“The FCC’s new digital tools will arm users with real-time information about their broadband connection and the agency with useful data about service across the country,” said Genachowski, in a prepared statement. “By informing consumers about their broadband service quality, these tools help eliminate confusion and make the market work more effectively.”

I downloaded the program for the Motorola Droid this morning and ran a few tests. On average, I’m getting .54 Mbps download, with .05 Mbps upstream. The app uses Speed Test and Network Diagnostic Tool to measure the speeds, and it’s pretty easy to use. Feel free to download it and let us know what kind of speeds you’re getting.

The governmental agency also introduced the Broadband Dead Zone Report, which enables to report areas where broadband is not available for purchase. You can report the address on the FCC’s website, or e-mail information to fccinfo@fcc.gov.

Apple let gadget-hungry fans pre-order the iPad this morning, but it also gave some more details regarding the device's connectivity...