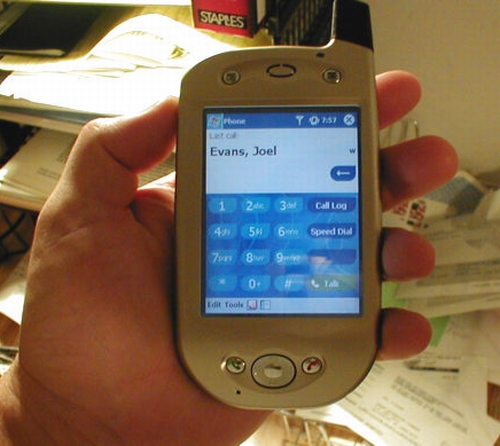 When Apple sued HTC earlier this month, you could hear mobile phone geeks around the world going “that’s not right.” HTC’s software innovations, mainly Sense UI, bear almost no resemblance at all to Apple’s iPhone user interface. Does their hardware look a bit like the iPhone? Maybe, but then again just look at what’s out there on the market and it’s painfully obvious that after Apple introduced the iPhone in the summer of 2007, everyone followed with their own touch screen slate form factor device.

Later on we’d find out that HTC didn’t even know about the lawsuit until Apple published a public press release saying that they’ve been sued, and that’s just plain nasty. Apple’s legal department appears to be rotten to the core, and even Nokia, which is also in a legal argument with Apple, have said that the “legal alchemy” Apple lawyers are using is filled to the brim with “revisionist history, misleading characterizations, unsupported allegations and flawed and contradictory legal theories”.

Today HTC issued a statement titled “HTC DISAGREES WITH APPLE’s Actions”, which leads us to believe that the person writing said press release only realized they had capslock enabled towards the end of that headline. In it they cite the praise they’ve been awarded by Fast Company, MIT Technology Review, and the recognition the GSMA has given the HTC Hero by calling it the “Best Phone of 2009”. They further go on to list that they made the first Windows PDA in 1998, first Windows Phone in 2002, first 3G (EVDO) smartphone in 2005, first gesture based smartphone in 2007, first Android smartphone in October 2008, and first WiMAX phone during November 2008.

Now a judge can look at this and say “so what?” It doesn’t matter what HTC has done in the past, nor what the press are saying about HTC, if there are clear patent violations then it’s an open and shut case. Do I, with an incredible lack of legal expertise, and unpaid speeding tickets in several states, think what Apple is doing can somehow be justified? Absolutely not. Patents slow us, and by us I mean humanity, down. Ideas are only as good as their implementation, and if HTC did something better than Apple then they deserve more sales, and visa versa.

You can read HTC’s full statement after the jump.

[Photo above is from Geek.com and is of the HTC T-Mobile Pocket PC Phone Edition, which HTC say is “the first 3.5-inch color touch screen smartphone in the United States in 2002”.]

Seattle – March 17, 2010 – HTC Corporation today outlined its disagreement with Apple’s legal actions and reiterated its commitment to creating a portfolio of innovative smartphones that gives consumers a variety of choices. Founded in 1997 with a passion for innovation and a vision for how smartphones would change people’s lives, HTC has continually driven this vision by consistently introducing award-winning smartphones with U.S. mobile operators.

“HTC disagrees with Apple’s actions and will fully defend itself. HTC strongly advocates intellectual property protection and will continue to respect other innovators and their technologies as we have always done, but we will continue to embrace competition through our own innovation as a healthy way for consumers to get the best mobile experience possible,” said Peter Chou, chief executive officer, HTC Corporation. “From day one, HTC has focused on creating cutting-edge innovations that deliver unique value for people looking for a smartphone. In 1999 we started designing the XDA[i] and T-Mobile Pocket PC Phone Edition[ii], our first touch-screen smartphones, and they both shipped in 2002 with more than 50 additional HTC smartphone models shipping since then.”

“HTC has always taken a partnership-oriented, collaborative approach to business. This has led to long-standing strategic partnerships with the top software, Internet and wireless technology companies in the industry as well as the top U.S., European and Asian mobile operators,” said Jason Mackenzie, vice president of HTC America. “It is through these relationships that we have been able to deliver the world’s most diverse series of smartphones to an even more diverse group of people around the world, recognizing that customers have very different needs.”

One constant complaint I hear from iPhone developers is that it is very difficult to manage limited-times promotions. This may...