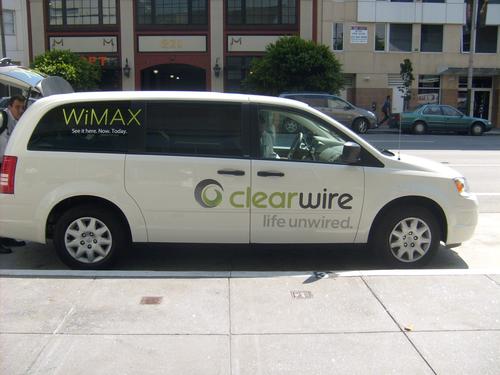 Clearwire, one of the world’s few WiMAX network operators, has announced that by the end of 2010 their service will be able to reach 120 million people. That’s actually quite meaningful since Verizon, with LTE, has publicly stated that they’ll “only” reach 100 million people by the end of this year.

In addition to New York City, Houston, Boston, Washington, D.C., Kansas City, Denver, Minneapolis, and the San Francisco Bay Area, which have already been announced as cities where WiMAX will launch, today Clearwire has added Los Angeles, Miami, St. Louis, Cincinnati, Cleveland, Pittsburgh, and Salt Lake City to that list, with even more cities to be announced as the year goes on.

Clearwire is also happy that Dell will be launching their Dell Inspiron Mini 10, a netbook, with built in WiMAX, and they’ll also remind you that you can buy a mobile hotspot to give “4G” access to all your WiFi enabled devices, including your iPhone and iPad. Speaking about access, Clearwire is “doubling the number of transmitters and receivers per site”, which should give real world speed increases of 20% to 30%. Speeds are already “3 to 6 mbps and bursts over 10 mbps” according to Clearwire.

Not only are their cell sites getting faster at spitting out data, but the backhaul that’s feeding them is as well. Using microwave backhaul, Clearwire expects to increase the capacity to their cell sites by 250% and will eventually be able to offer “gigabit per second speeds in high-density, high-traffic areas”. No word as to when you, the consumer, will be able to get those kind of speeds with nothing more than a USB modem sticking out the side of your laptop.

One more thing, from the longest press release ever to grace man kind, Clearwire says that they’re testing a new type of cell site that will enable a “90 percent reduction in electrical operating expenses”. Once trials are completed, you can expect the entire network to be upgraded in order to save money.

“On average, our mobile 4G customers are using more than 7 GB of data per month, and we’re very pleased about the implications. Those who want to have a misguided debate about competing 4G radio technologies are missing the bigger picture. To deliver true mobile broadband requires deep spectrum resources and an all-IP network, and Clearwire remains unrivaled on both fronts.”

He’s got a point. AT&T and Verizon, the two American operators who have committed to deploying LTE, have all this legacy equipment that they have to support. He’s also wrong about about how attractive Clearwire’s spectrum is since it operators in the 2.5 GHz range, much higher than the 700 MHz spectrum Verizon will use for LTE, and the 850 MHz AT&T is currently using to deploy HSPA. Lower frequency = better coverage indoors, plus the need to install fewer cell sites.

As of the end of the end of 2009, Clearwire still has less than a million customers, 688,000 to be exact, so the company has a lot to prove, especially since they say they’re expecting the amount of people using their network will triple in 2010.

Can’t get signal in San Francisco? Move to Afghanistan! USA building a network there to fight Taliban

Try to wrap your mind around this story. America, the country with the most advanced military human civilization has ever...