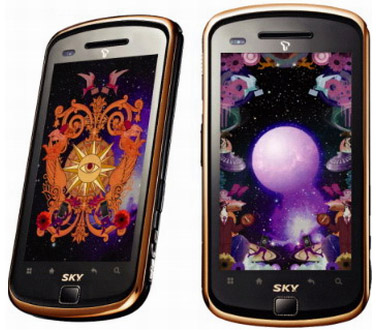 Pantech doesn’t want to miss the Android ride. The company announced a new smartphone with specs very similar to the Google Nexus One and HTC Desire. Yap, we’re talking about a 1GHz Snapdragon-powered baby that rocks Android 2.1 and 3.7-inch WVGA AMOLED touchscreen. In addition, there’s a 5-megapixel camera on board, HSPA and WiFi connectivity, media player with DivX codec support, 500MB of internal memory that’s further expandable with microSD cards. And since the phone is initially announced for South Korea, it also comes with a T-DMB mobile TV receiver.

Price wise, the Sirius is super expensive – SK Telecom is asking a whooping 900,000 won for the device, which is about $810.

The good news is that Pantech is apparently in talks with AT&T, Verizon and Japan’s KDDI to export the phone outside of Korean peninsula. Hopefully, once it hits other markets, the price will go down to make Sirius competitive with similar smartphones which cost much less…

You see that question mark up there? Good, so you know to take what we're about to say at face...